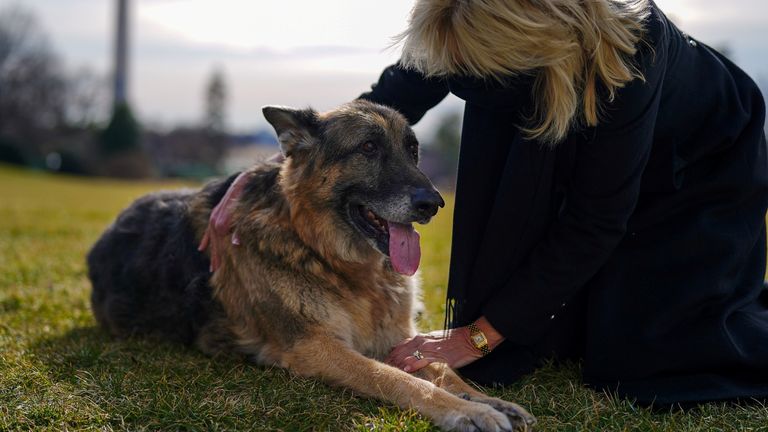 President Biden's two German shepherd dogs are reportedly back at the family home in Delaware after an "incident" at the White House.

The younger of the two, Major, who is three years old, showed aggressive behaviour, US media reported.

Major - about 10 years younger than Champ - was involved in a "biting incident" with White House security, CNN said.

The condition of any possible victim is unknown.

Major has been known to behave in an agitated fashion, jumping, barking, and charging at staff and security, CNN reported.

There has been no official comment, but NBC said it is typical for Major and Champ to be in Delaware when First Lady Jill Biden is travelling, as she is at the moment.

While appearing on the Kelly Clarkson show last month, Mrs Biden said the dogs have to use a lift at the White House and "they're not used to that".

She added: "And they have to go out on the South Lawn with lots of people watching them."