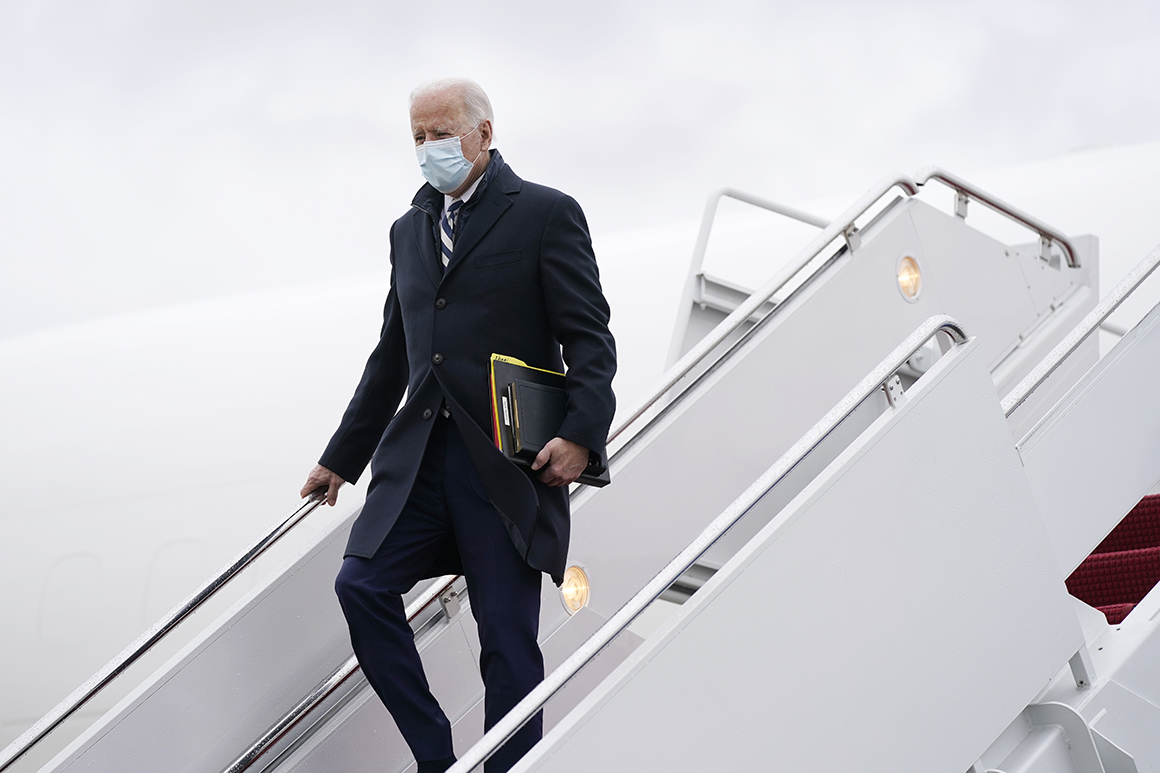 President Andrés Manuel López Obrador of Mexico worked with former President Donald Trump in spite of his regular insults of Mexicans and his promises to build a border wall to keep out migrants, criminals, drugs and the coronavirus. He even came to call Trump a friend.

Biden and López Obrador met virtually on Monday afternoon to discuss migration and the pandemic response, as well as security and economic cooperation, according to the White House. And while Biden and his predecessor couldn’t be any more different in their tone toward Mexico, the U.S. and Mexican governments are on track to keep working closely on issues such as immigration — just in a different way than López Obrador and Trump ever did.

“It’s fundamental for the United States and Mexico to get their relationship right — and both sides know that,” said Eric Farnsworth, vice president of the think tank Council of the Americas and a former U.S. government official. “The issues themselves are going to be complicated, but these are two longtime politicians, who get the importance of the personal touch and the bilateral relationship.”

A central piece of the Biden administration’s agenda is to undo Trump’s immigration policies — some of which were made possible by López Obrador, such as Trump’s “Remain in Mexico” policy, which forced asylum seekers to stay in Mexico while they waited for their cases in the U.S. to be processed. López Obrador also heeded pressure from Trump to send troops to the southern border of Mexico, in an effort to cut off migrants heading for the U.S. border.

Still, U.S. officials, immigrant advocates and experts are optimistic that López Obrador, a lifelong populist and the face of Mexico’s left, will be more aligned with Biden’s vision on immigration. For years, López Obrador has said illegal migration could be best addressed with economic development programs that help lift Mexicans and Central Americans out of poverty.

“The challenge for the White House on immigration won’t be Mexico, it’ll be the U.S. Congress,” Farnsworth said, pointing to how Congress has repeatedly failed to pass comprehensive immigration reform — and it remains to be seen what the current Democratic-majority Congress will pass this year.

In a joint declaration following the meeting on Monday, both leaders “reaffirmed the enduring partnership between both countries, based on mutual respect, and the extraordinary bond of family and friendship.” They also committed to “immigration policies that recognize the dignity of migrants and the imperative of orderly, safe, and regular migration,” and agreed to work together to tackle root causes of regional migration.

The meeting comes just days after Biden met via video conference with Prime Minister Justin Trudeau of Canada in an effort to smooth over the bilateral relations upended by Trump.

Ahead of the meeting, Biden on Monday said he looked “forward to ushering in a new phase of cooperation and progress.”

Both leaders also agreed to “deepen cooperation” on the pandemic response, according to the joint declaration. However, White House press secretary Jen Psaki earlier on Monday shot down an expected ask from López Obrador for Biden to consider sharing part of the U.S. coronavirus vaccine supply with Mexico.

López Obrador, following his election in 2018, surprised many by forging a seemingly positive relationship with Trump, in spite of the then-president’s repeated threats and criticism of the United States’ southern neighbor. But it made sense because of their respect for each other’s nationalist, authoritarian tendencies and their ability to stay out of each other’s way on domestic issues.

López Obrador, often called by his initials AMLO, was one of the last leaders to congratulate Biden for his win, waiting until after the Electoral College voted to certify the election results in mid-December. But former U.S. officials and followers of the bilateral relationship caution not to expect Biden to hold a grudge.

“There were fears under Trump the U.S.-Mexico relationship was going to rupture — and what kept it going is the fact the two countries are so integrated and there are strong forces on both sides that keep it going,” said Mark Feierstein, a former national security adviser on Western Hemisphere affairs during the Obama administration.

“The relationship is larger than any one personality,” he said.