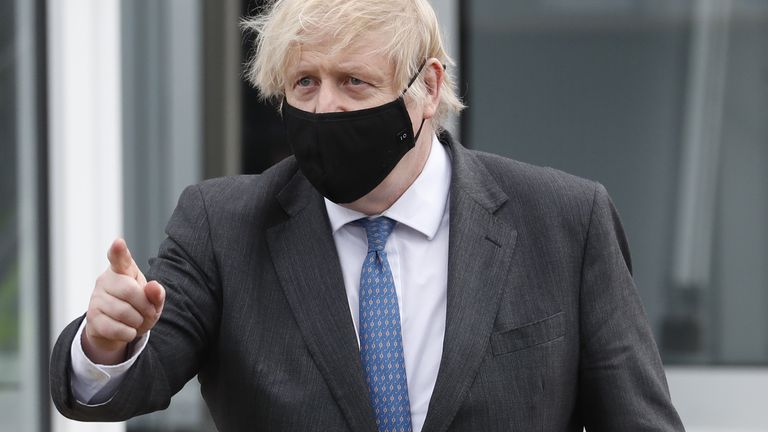 The UK will discuss with the EU the bloc's proposals to create a vaccine passport that could allow people to travel more freely in time for the summer holidays.

The EU-wide "digital green pass" would provide proof a person has been vaccinated, as well as test results for those not yet inoculated and information on recovery for people who have had COVID-19.

European Commission President Ursula von der Leyen said the proposals for the pass, which will "respect data protection, security and privacy", will be set out this month.

We'll present this month a legislative proposal for a Digital Green Pass. The aim is to provide:

"The digital green pass should facilitate Europeans' lives. The aim is to gradually enable them to move safely in the European Union or abroad - for work or tourism," she said in a tweet.

Compared to the UK, the EU's rollout of coronavirus vaccines has been slow.

However, a number of nations say before that, it needs to be established that vaccinated people cannot transmit COVID-19 to others.

Some countries, such as France and Belgium, have also expressed concern that easing travel only for inoculated people would be unfair.

The European Commission said it would seek to avoid discrimination against citizens who have not received a vaccine, coordinate on security standards and help connect national health systems.

Officials from the Department for Transport (DfT) will speak to the EU about the approach it is planning for the 27-member bloc.

The UK government has said when more is known about the impact of vaccines it could introduce a system to allow people who have had a jab to travel more freely abroad.

Officials want the UK to use its presidency of the G7 group of industrialised countries to help agree an international approach to the issue.

Prime Minister Boris Johnson's official spokesman said: "We have said that we are looking at the issue of vaccine passports.

"As you can expect, DfT will work [with] and do speak to countries across the world in terms of how they may look to introduce passports."

The spokesman would not predict the outcomes of the UK government's review.

But "of course you can expect us to speak to the EU and other countries on how they may implement any similar sorts of policies", they added.

Vaccine certificates or passports could be a way of opening up travel as Mr Johnson's roadmap, which sets a path out of England's coronavirus lockdown, says foreign holidays could be allowed as early as 17 May. Currently non-essential travel is banned.

Health Secretary Matt Hancock told Sky News that there would be a review published on 12 April into international travel before holidays could resume.