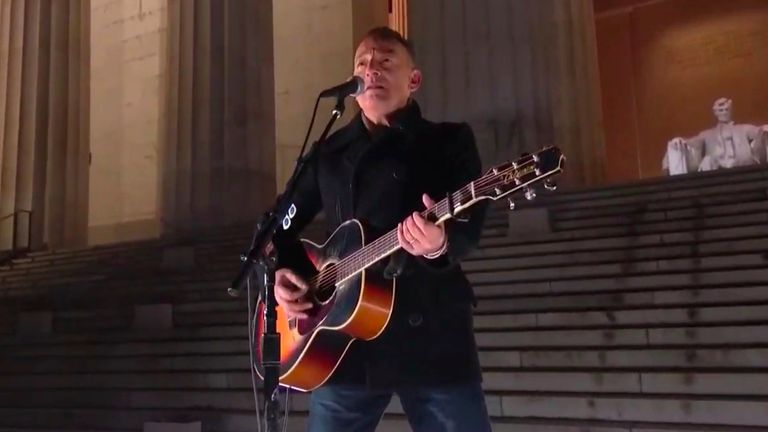 Drink driving charges against Bruce Springsteen have been dropped - but the rocker has been fined for drinking "two small shots of tequila" in a park.

Springsteen was arrested on 14 November in the Gateway National Recreation Area on the New Jersey coast.

The singer - who performed for President Joe Biden's inauguration last month - received citations for driving while under the influence, reckless driving, and consuming alcohol in a closed area.

However, assistant US attorney Adam Baker said during a video hearing on Wednesday that the government was dropping the driving charges as Springsteen's blood-alcohol level was so low that it did not warrant them.

Springsteen had initially pleaded not guilty to all three charges, but did admit he was aware it was illegal to consume alcohol at Sandy Hook - an Atlantic Ocean peninsula with views of the New York City skyline.

It's part of the National Park Service's Gateway National Recreation Area, where alcohol consumption is prohibited.

"I had two small shots of tequila," he said in response to questions.

The star's lawyer said in a statement: "Mr Springsteen is pleased with the outcome of today's court appearance.

"The prosecutor was unable to provide the necessary evidence and facts as it related to the charge of Driving under the Influence (DUI) and Reckless Driving and therefore, dismissed both of those charges."