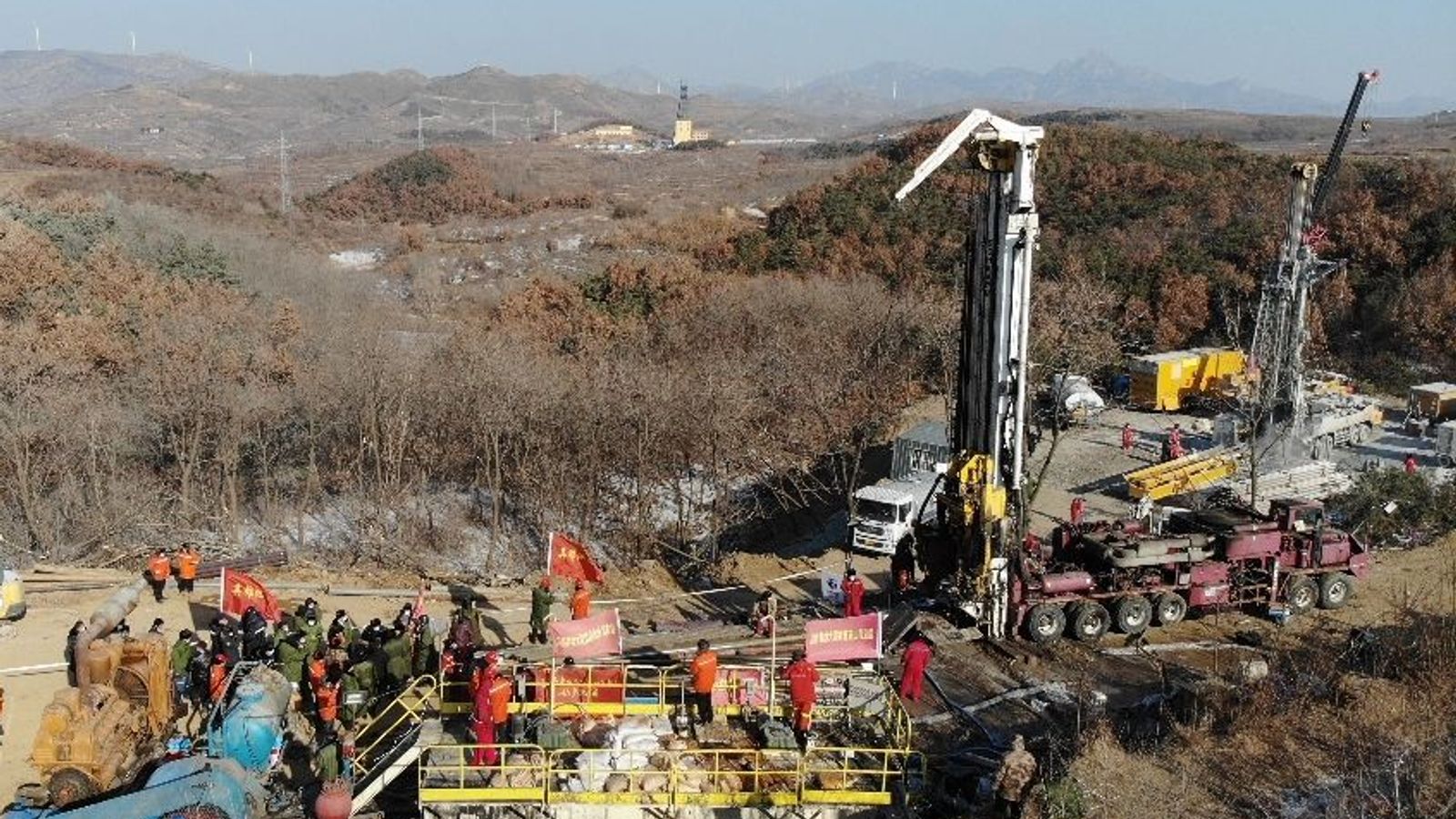 Twelve miners are still alive a week after an explosion trapped 22 workers underground at a Chinese gold mine, state media says.

Rescue teams are desperately trying to bring them back to the surface following the blast in Shandong province in eastern China on 10 January.

According to China's Xinhua News Agency, a note passed through a rescue shaft on Sunday night said that while 12 of the workers were still alive, the fate of the other 10 remained unknown.

The rescue shaft had been used to pass food and supplies to the group while they wait.

The handwritten message said that four of the miners had been injured and the health of the others was declining, due to the lack of fresh air and an influx of water.

It added that the group needed medical supplies and drugs, and ended with: "Keep on with the rescue efforts. We have hope, thank you."

Managers of the operation at the Qixia gold mine, which had been under construction at the time, were arrested and detained, after failing to report the incident for more than a day.

They have since been removed from their posts, along with the mayor of the nearby city of Yantai.

More than 300 people are part of the rescue effort above ground, with teams drilling a new shaft to try and reach the chamber and expel deadly fumes.