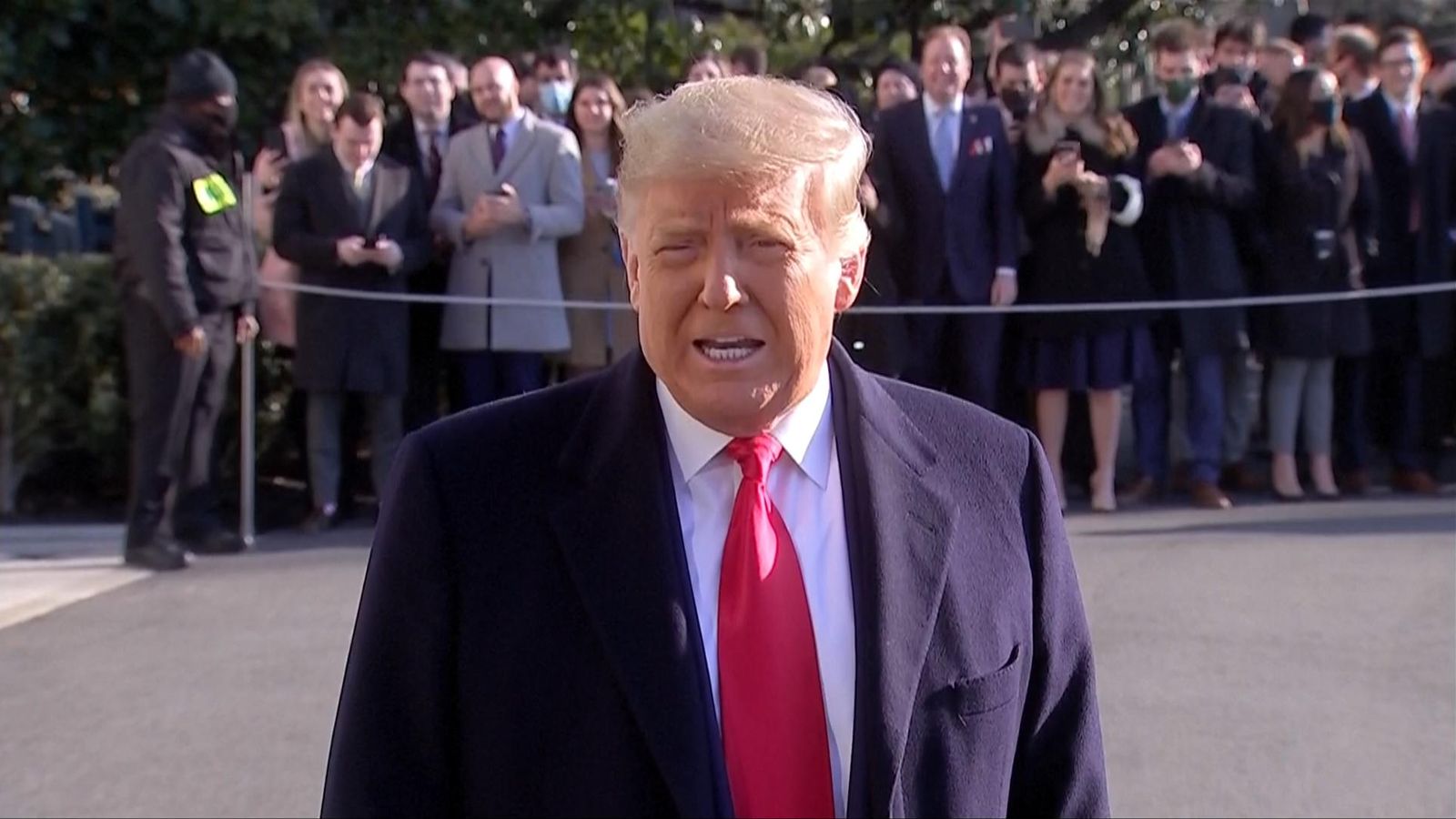 Donald Trump has warned that efforts to impeach him are causing "tremendous anger" but said he wants "no violence" in the run-up to Joe Biden's inauguration.

Speaking to reporters for the first time since last week's deadly riots at the US Capitol, Mr Trump declined to answer questions on whether he would resign.

His remarks came as he left for a trip to the border wall in Texas.

"We want absolutely no violence," said the president.

"On the impeachment, it's really a continuation of the greatest witch-hunt in the history of politics, it's ridiculous - it's absolutely ridiculous.

"The impeachment is causing tremendous anger... and it's really a terrible thing that they're doing," said Mr Trump.

Before he stepped on helicopter Marine one, he reiterated: "I want no violence".

America is still reeling from last Wednesday, when Trump supporters forced their way into the US Capitol building in Washington and ran amok.

Five people died in the violence, with the president widely blamed for sparking the disorder by his comments to the crowd earlier in the day.

Efforts to impeach him for a second time began on Monday, when Democrats filed one article of impeachment against Mr Trump.

It accuses him of incitement to insurrection and says he made statements that "encouraged and foreseeably resulted in" the violence at the Capitol.

Democrats are trying to get Vice President Mike Pence to use the 25th Amendment of the US Constitution to force Mr Trump out as an "unfit" leader.

Mr Pence is believed to be against the idea, so a vote on the impeachment could happen on Wednesday, and needs a simple majority to pass.