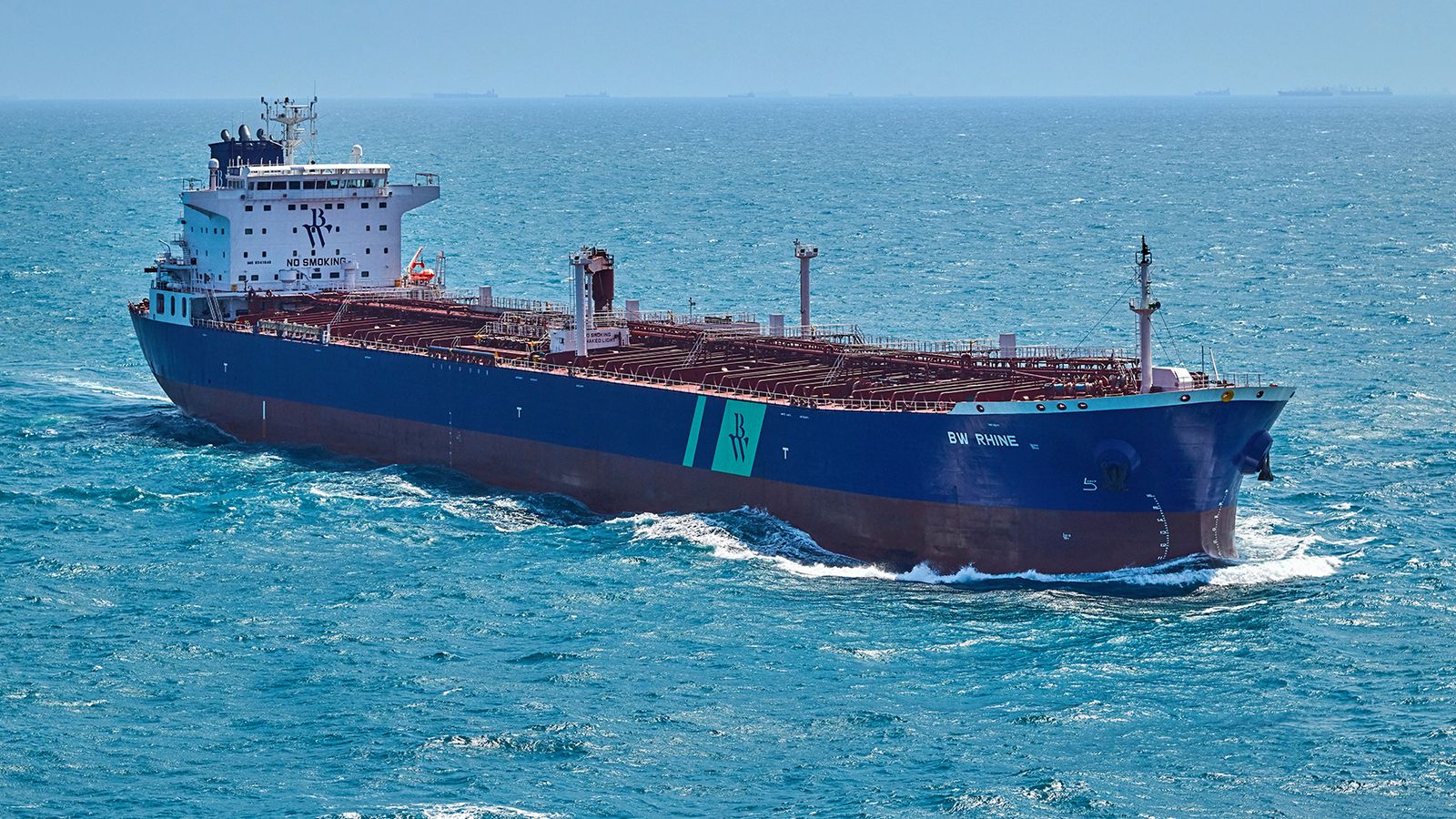 An explosion on an oil tanker in the Red Sea happened after it was hit by "an external force", a shipping company has said.

The incident happened just after midnight on Monday off the coast of Jeddah in Saudi Arabia.

The 22 crew of the Singapore-flagged BW Rhine all escaped unharmed, the vessel's owners, Hafnia, said in a statement.

A fire broke out after the blast occurred but was extinguished with help from the shore fire brigade and tug boats.

The hull was damaged and some oil may have escaped from the vessel, the statement added.

It comes less than a month after a tanker off Saudi Arabia was damaged by a mine in an attack authorities blamed on Yemen's Houthi rebels.

The insurgents, who have used sea mines before in their long war against a Saudi-led coalition, have not commented.

Last month, Houthis claimed responsibility for a missile attack on a fuel distribution centre in the same city.

The UKMTO said it happened just southwest of Jeddah's port, near anchorage for ships in the area.

The agency urged nearby ships to be cautious and said investigations were ongoing.

Neither Saudi Arabia's state-run media, nor the US Navy which patrols the area, acknowledged it but financial markets reacted with the cost of Brent crude rising 1% - above $50 a barrel.

At least two oil tankers were known to be nearby, according to the ship-tracking website MarineTraffic.com, but their owners could not be immediately reached.

Earlier in December, another apparent explosion targeted a cargo ship off the small port city of Nishtun in Yemen's far east.

Dryad Global said if it was the Houthis behind Monday's blast, it "would represent a fundamental shift in both targeting capabilities and intent".

The Red Sea has been mined previously. In 1984, some 19 ships reported striking mines there, with only one ever being recovered and disarmed, the UN said.