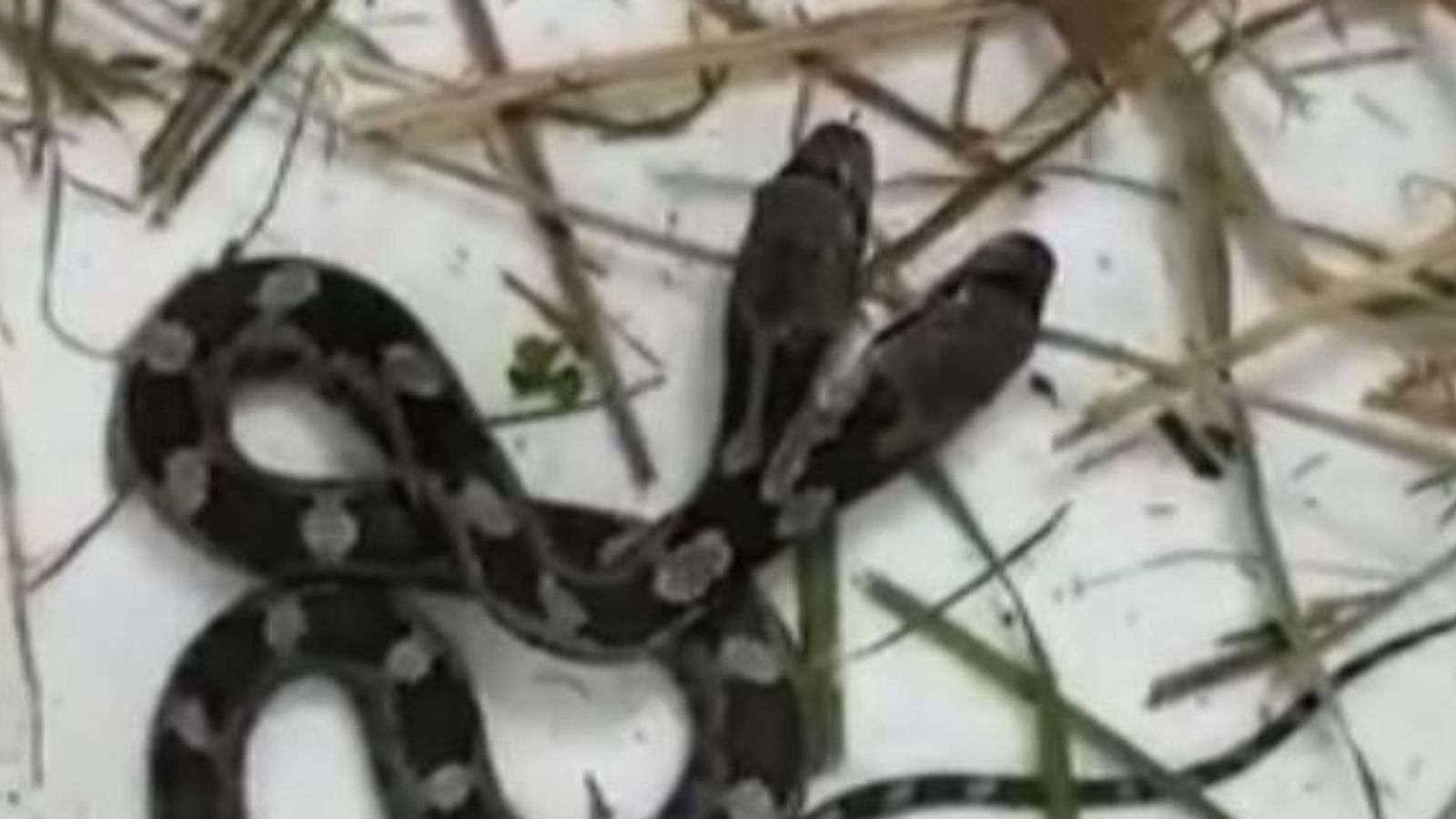 A woman who found a rare two-headed snake in her sunroom has found the reptile a new home.

Jeannie Wilson, from Alexander County, North Carolina, was stunned when it slithered into view while she was cleaning.

She said: "I saw something in the corner of my eye, and I said, 'lord, that's a snake!'

"The first thing I thought was, 'Oh gosh, something has stepped on you and mashed your head.'"

However, she soon realised it had two heads and nicknamed it "Double Trouble". The species is yet to be officially identified, but is believed to be a baby rat snake.

She turned to Facebook for help on whether it should be set free or handed over to someone.

Ms Wilson decided to take the snake to the Catawba Science Centre in Hickory, about 30 miles away.

She told local station WSOC-TV: "I went to the science centre and told them what I had, they said 'we would love to have it'.

"They told me it was around four months old and was a rat snake and was fixing to shed."

She described the snake as "very gentle to handle" and said it never tried to bite her.

However, a few days later, Ms Wilson received a message from a snake wrangler who said he wanted to buy it for his son.

She said "it just felt right", so retrieved the reptile from the science centre to give to the new owner.

Two-headed snakes form in a similar way to conjoined twins - a developing embryo begins to split into identical twins but stops midway.