The 6 Republican senators who will decide the Supreme Court fight

The 6 Republican senators who will decide the Supreme Court fight 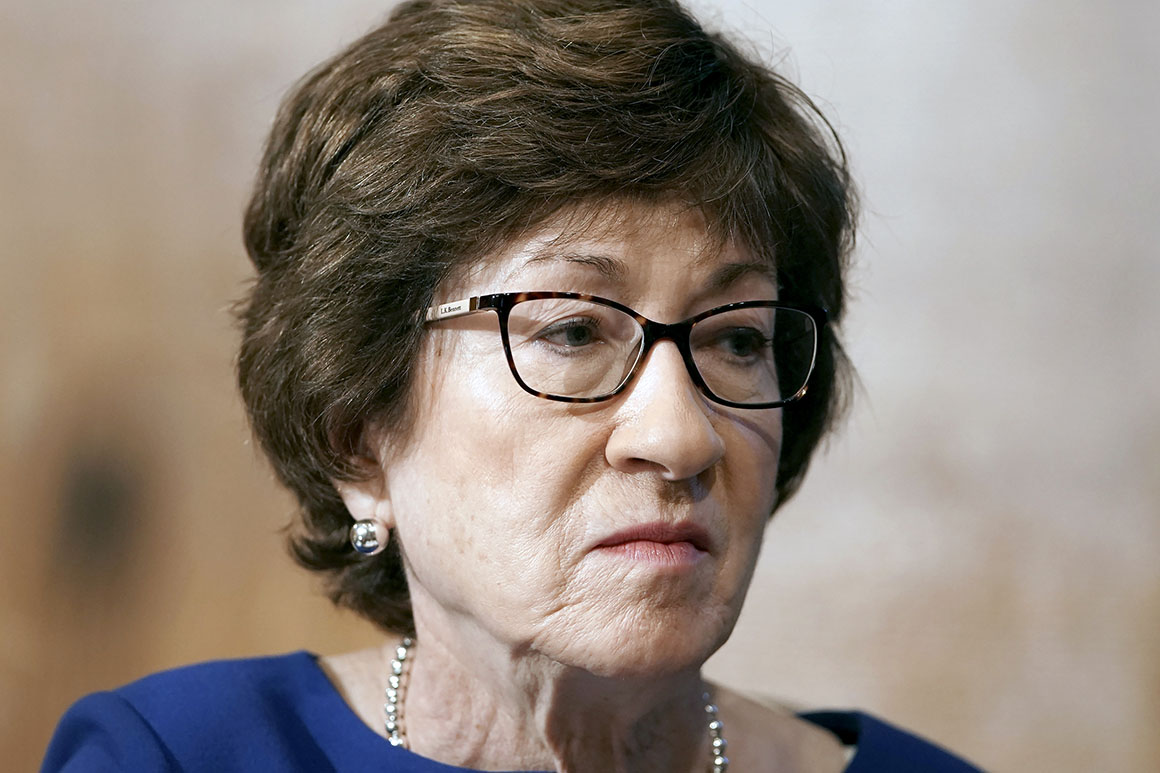 Ruth Bader Ginsburg’s death on Friday kicked off what is sure to be the most consequential Supreme Court confirmation fight in decades — and puts a spotlight on the handful of senators whose votes will determine the future of the court.

The universe of potential swing votes in the Senate is surprisingly small considering how high the stakes are. The following senators will be under enormous pressure — from Majority Leader Mitch McConnell, Minority Leader Chuck Schumer and President Donald Trump — to either fall in line, or break from their party in the most dramatic fashion.

McConnell’s decision to hold a vote on Ginsburg's replacement forces him to balance his long-standing desire to cement a conservative legacy in the federal judiciary, while also retaining his power as majority leader.

That there are so few potentially in play lawmakers reflects the hyperpartisan nature of the political landscape in 2020. With less than 45 days left until the election, both sides have largely retreated to their respective sides.

In the coming days, these senators will be forced to answer several important questions. Would you vote to confirm a Supreme Court nominee before the election? If a confirmation vote is held in the lame-duck period, would your decision hinge on whether the presidency and the Senate flip?

With 53 Republicans in the Senate, McConnell can afford to lose only three votes. Vice President Mike Pence could break a 50-50 tie if needed. Here’s who to watch:

During Trump’s impeachment trial, these GOP senators — Susan Collins of Maine, Lisa Murkowski of Alaska and Mitt Romney of Utah — were among those deciding whether the trial would feature testimony from witnesses, as Democrats had been pushing.

This time around, the “Three Amigos” are equally as important, and they each find themselves with a slew of factors to consider.

In a statement on Saturday, Collins said the winner of the Nov. 3 presidential election should choose Ginsburg’s replacement, adding that she “would have no objection” to the Senate Judiciary Committee beginning to review the credentials of Trump’s eventual nominee.

“Given the proximity of the presidential election, however, I do not believe that the Senate should vote on the nominee prior to the election,” Collins said.

Collins was a key vote in confirming Supreme Court Justice Brett Kavanaugh in 2018, and she faced a torrent of angry Democrats back in Maine for her decision to back Trump’s nominee. She’s already locked in a tight reelection battle with her Democratic challenger, Maine House Speaker Sara Gideon, in what is shaping up to be one of the more expensive races this cycle.

Collins has long championed her moderate credentials; she supports abortion rights, for example, and has also voted in favor of Supreme Court nominees chosen by presidents of both parties. But the stakes are perhaps the highest they have been for the future of abortion rights in the United States.

She’s also facing pressure from fellow Republicans. Sen. Josh Hawley of Missouri, a hard-line conservative who himself is on Trump’s short list for the Supreme Court, issued a direct plea to Republican senators like Collins, tweeting on Saturday: “Two months ago, I pledged to vote only for #SCOTUS nominees who understand and acknowledge that Roe was wrongly decided. I stand by that commitment, and I call on my fellow Republican senators to take the same stand.”

Murkowski, too, supports abortion rights and is a true centrist within the GOP Conference; she was the only Republican to oppose Kavanaugh's nomination. And on Sunday, she announced she would oppose moving forward with Trump's next nominee. “For weeks, I have stated that I would not support taking up a potential Supreme Court vacancy this close to the election,” the Alaska Republican said in a statement. “Sadly, what was then a hypothetical is now our reality, but my position has not changed.”

And then there’s Romney. The 2012 GOP presidential nominee joined Collins as the only Republicans to vote in favor of calling witnesses in Trump’s impeachment trial — and he was the only GOP senator to vote to convict the president.

His spokesperson pushed back against a rumor Friday that the senator would oppose seating a new Supreme Court justice before the inauguration in January. Romney’s statement on Ginsburg’s passing did not hint at his thinking on the possible confirmation fight.

The Colorado Republican gets his own section because, as a moderate who faces an increasingly difficult reelection fight in a blue state, the upcoming skirmish could make or break him. He has been silent since the news of Ginsburg’s death, and has largely avoided reporters in the Capitol in recent months.

His fellow vulnerable Republicans — including Martha McSally of Arizona and Thom Tillis of North Carolina — have already said they plan to support McConnell’s efforts to put a Trump nominee on the Senate floor as soon as possible. For Gardner, the political calculation is much more difficult.

If he opposes Trump and McConnell, he will certainly lose support on the right. And he already has strong opposition from Democrats, who view him as a rubber stamp for McConnell. So this will be a critical choice for Gardner.

You’ve heard this word thrown around before, especially during the impeachment trial and other Trump-fueled controversies that have tested the Senate. But this time, there are two we’re keeping a close eye on: Sens. Lamar Alexander (R-Tenn.) and Pat Roberts (R-Kan.).

Alexander, who has been serving in the Senate since 2003, and Roberts, who entered the upper chamber in 1997, are both retiring and have less than a few months left in office. They’re viewed as pragmatic institutionalists, and the timing of the Supreme Court vacancy means they won’t have to worry about a bombastic tweet from the president hurting their political future.

Both men offered tributes and condolences for Ginsburg’s loss, but have yet to comment on how they view the upcoming battle.

Democrats are likely to put immense pressure on them in the coming days, arguing that supporting McConnell’s efforts would be destructive to the Senate as an institution in the long term.

There is another group of senators McConnell will stay in close touch with during this process to see how they feel, although they're very unlikely to publicly oppose Trump or the majority leader. Instead, McConnell will consult them privately about the mood inside the GOP Conference — some are already part of the GOP leadership team — and the chances for success for any Trump nominee.

All of these Republicans have good relationships with McConnell and are loyal to the party, but they also care about the Senate as an institution. McConnell will not be able to move forward without their support, and none of have commented yet on the majority leader's plan for the nominee.

John Bresnahan contributed to this report.