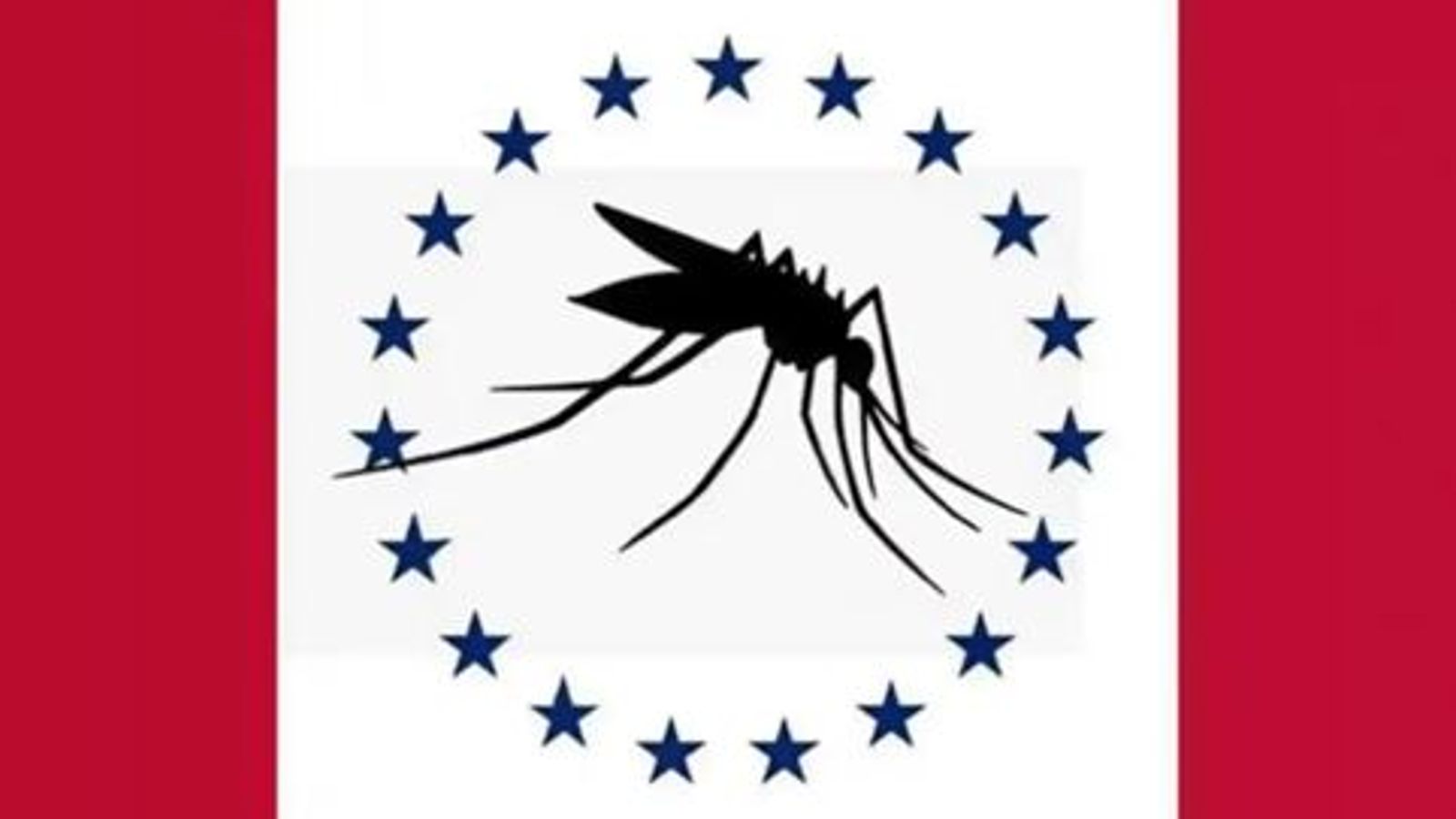 A large mosquito will not feature on the new state flag of Mississippi after it was wrongly included in a list of final designs, officials have said.

Mississippi recently retired the last state banner with the Confederate battle emblem which has been widely condemned as racist.

Officials at the Mississippi Department of Archives and History (MDAH) said the design with the blood-sucking insect had slipped through the screening process "due to a typo".

A commission of nine members will recommend a replacement flag which cannot include the Confederate symbol and must have the phrase, "In God We Trust".

Nearly 3,000 designs were submitted by the public in the first round of the selection process.

The list was reduced by the commission to 147 designs for the second round, which were displayed on the MDAH website.

One included a giant mosquito surrounded by a circle of stars, a design that has since been removed.

In a statement, the agency said: "The mosquito flag advanced to round two due to a typo in a list of flag numbers submitted by one commissioner.

"That commissioner has requested that the flag be removed from the round two gallery, and MDAH staff has complied."

On Friday, the commissioners will select the final five. By early September, they will agree on a single design to put on the 3 November state ballot for when the country heads to the polls.

They could accept one of the public submissions, combine elements from different designs or start from scratch and come up with their own.

If voters accept the commission's proposal, that design will become the new Mississippi flag. If it is rejected, a new design will be drawn up before going to a fresh ballot.