The Senate's record-breaking gridlock under Trump

The Senate's record-breaking gridlock under Trump 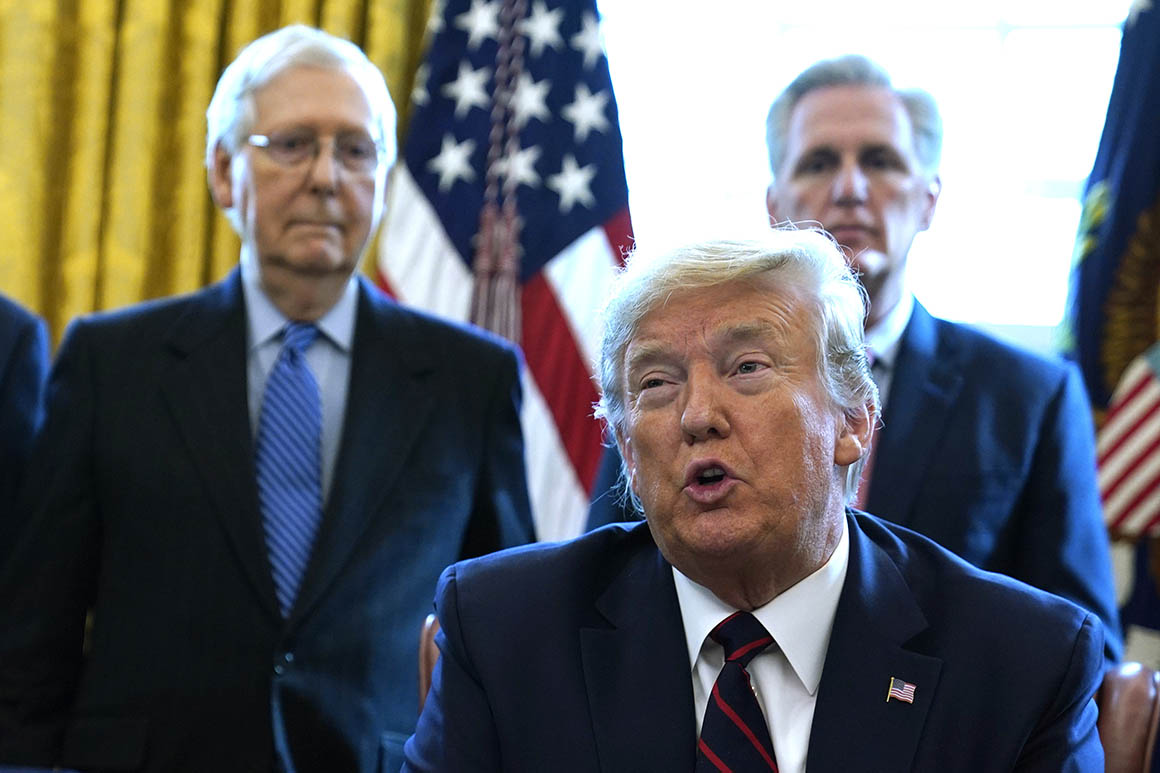 President Donald Trump is facing more delays to his nominees than any previous president. And if Joe Biden beats him, the former vice president might get it even worse.

The Senate’s confirmation process is nearly broken, and the numbers show it’s a race to the bottom. George W. Bush faced the most procedural hurdles and filibusters to his nominees until Barack Obama was elected and faced historic blockades. Then Trump came along and became the record holder in just part of a term, according to a POLITICO analysis of Senate votes.

It’s the latest glaring sign of Senate dysfunction, showing just how difficult it has become to staff up an administration. And it’s hard to imagine that Republicans will go easy on Biden if he wins, even as both parties decry the trend.

“It’s a major concern, having gone through a couple confirmations myself,” said Sen. Rob Portman (R-Ohio), who faced little opposition when confirmed to be Bush’s budget director and top trade diplomat. “We’ve got to figure this out. If you do it to one side, it tends to happen to the other side.”

With Senate leaders gutting the chamber’s supermajority requirement for nominees, delaying an eventual confirmation is now the only tool the Senate minority has to fight nominees they oppose. Any one senator can do it, and there’s enormous political pressure from the opposition party to resist nominees of a sitting president — especially a controversial figure like Trump.

Democrats say Trump’s nominees are different: Partisan, unqualified and worth fighting. If they go easy on Trump’s executive branch appointments, it would give Senate Majority Leader Mitch McConnell (R-Ky.) more floor time to confirm judges. And the party’s base has no interest in seeing Senate Democrats bend: Senate Minority Leader Chuck Schumer (D-N.Y.) was criticized in the past for cutting deals to quickly confirm Trump's nominees.

The practice of blocking or delaying presidential nominees didn’t even begin until Supreme Court Justice Abe Fortas was picked to be chief justice of the United States by President Lyndon B. Johnson. The campaign to thwart Fortas’ nomination ended with his resignation from the high court. The filibuster on nominations picked up steam under Presidents Bill Clinton and George W. Bush, became incredibly popular during Obama’s presidency and is now routine during Trump’s.

The procedural tool’s power has been greatly diminished in recent years. Democrats got rid of the 60-vote threshold on most nominees in 2013; the GOP finished the job on Supreme Court appointments in 2017. But senators can still filibuster nominees and require two votes per nomination, with a simple majority now needed for confirmation, which uses up hours or days of floor time.

Democrats say they are holding up Trump’s picks because the GOP and Trump administration have abandoned all pretense of getting bipartisan buy-in for staffing the administration.

“This administration’s playing by a different set of rules, and so it requires us to think differently about the rules that we apply,” said Sen. Chris Murphy (D-Conn.). “A lot of [nominees] have been less qualified, many of them are less mainstream."

And Democrats are not alone in thwarting the president. Under Trump, Republicans have also put holds on his nominees, creating unusual intra-GOP tension.

Majority leaders under both Obama and Trump changed Senate rules to ease confirmation of their president’s nominees, infuriating the Senate minority and leading to intense use of procedural delays on even noncontroversial picks. Occasionally, a nominee will face a filibuster, then be confirmed unanimously, as West Virginia District Judge Frank Volk was in 2019.

“I feel like there’s lots of things, we could be doing, appropriations,” said Sen. Shelley Moore Capito (R-W.Va.). “These nominations should be able to move through rather quickly but forcing the cloture votes is just a staller.”

Particularly since Republicans lost the House, the Senate GOP has shied away from trying to advance legislation, which can still face a 60-vote filibuster threshold. Instead, Republicans have concentrated on approving influential Circuit Court of Appeals nominations that they can win on a simple majority.

Obama faced brutal resistance to his legislative agenda, resulting in large numbers of filibusters that impeded his administration's goals. A Senate Democratic aide said: “This is the Senate McConnell wanted and designed when he decided to obstruct for no reason other than achieve his top priority of denying President Obama a second term.”

Senate Republicans have made incremental changes to Senate rules to speed confirmation of nominees, but it’s become essentially impossible for Trump to fully staff his administration. Still, there are plenty of positions for which Trump has declined to nominate a permanent nominee anyway, and by his own admission the president is comfortable with the media vetting — and occasionally tanking — his nominees.

But in the new normal for Trump nominees, five Cabinet secretary positions, the director of national intelligence and the budget director have all faced filibusters for the first time in their history, Republicans point out.

Since the Senate returned from a coronavirus-inflected recess in May, it’s passed legislation to renew federal surveillance powers, held a veto override vote on a War Powers resolution and approved the House’s bill to ease restrictions on small-business loans. But mostly, the focus has been on nominees: John Ratcliffe to be director of national intelligence and Brian Miller to be inspector general for pandemic recovery, along with five district judges. All faced filibusters.

“As Mitch McConnell said he wants to leave no vacancy unfilled, and especially if it's a judicial vacancy, so he is really delivering on that promise,” said Sen. Mazie Hirono (D-Hawaii). “But he’s filling the judiciary with all of these ideologically right-wing people.”

It’s not only about judges. Democrats also view many of Trump’s executive branch nominees as unqualified. Every Democrat except Sen. Doug Jones (D-Ala.) voted against Miller’s confirmation.

“Even though I have questions and concerns like everybody else does, I thought he had at least in the past demonstrated his independence in the role of inspector general,” said Jones, who declined to criticize his party for forcing so many procedural votes. “That position needs to be filled.”

But procedural votes have consumed the Senate: The current Congress has held the most ever, with seven months to go. Meanwhile, amendment votes continue to lag previous Congresses. Most big bills are written behind closed doors behind party leaders.

Despite evidence to the contrary, senators in both parties deny that the Senate is fundamentally broken, and Democrats say things will be different under Biden. They point to the bipartisan coronavirus rescue package passed 96-0 in March to highlight that Democrats and Republicans still work together when they need to.

But the steady increase in cloture votes is only the latest example of decline in a body that historically has prided itself on bipartisanship. While Biden has pledged for a return to working across the aisle, senators nevertheless expect that Republicans may exact retribution if Democrats win in November.

“Sometimes when you do stuff like that, you could expect it dished out in return,” said Sen. Mike Braun (R-Ind.). “I don’t like that about the place in general, but sadly that’s the way it works.”

That could lead to greater retaliation. If Biden faces the same delays to his nominees and legislative agenda that Trump has faced, Democrats could change the Senate forever — eliminating the legislative filibuster or upending other rules to overcome GOP obstacles.

“Democrats would be insane to allow this to continue. We have to level the playing field for the people,” said Sen. Jeff Merkley (D-Ore.). “We’re absolutely not giving McConnell a veto against the priorities of Americans.”