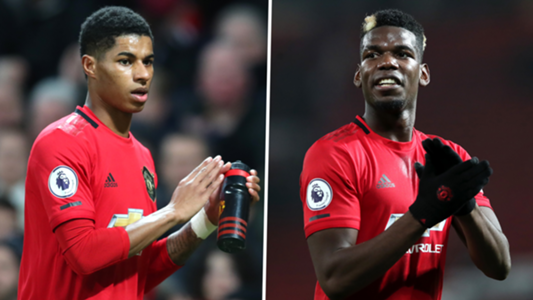 Ole Gunnar Solskjaer expects to have Paul Pogba and Marcus Rashford at his disposal when Premier League action resumes, but he will not be setting any trophy targets for Manchester United.

The Red Devils are due to restart their 2019-20 campaign on June 19 when taking in a reunion with former manager Jose Mourinho and his Tottenham side.

With only three points separating them from the top four at present, there is still plenty for United to play for when competitive action returns.

A spark had been found prior to lockdown, with the January signing of Bruno Fernandes proving to be particularly inspired, and the Red Devils could be even stronger when they next take to the field.

That is because those who had been nursing knocks - such as Pogba, Rashford and Eric Bailly - have been able to use an enforced break to work on their fitness and push themselves back into contention.

“Well, we hope everybody’s going to be ready for the first game,” Solskjaer told United’s official website, with a green light having been given for matchday squads to be increased.

“We’ve had time out so I don’t think we can expect that those lads who’ve missed lots of the football can last the full game.

“But now the rules have changed, we can use five subs and have nine on the bench. I think that’s helpful because footballers, after being out for so long, going into competitive games will be a challenge for them and we have to look after them injury-wise and fitness-wise.

“We can’t just flog one player and say to them, ‘you play every game and every minute’ because it might be a period when we have to rotate quite often.”

The Red Devils will hope to still have plenty of games left to take in, as they also remain in the hunt for FA Cup and Europa League honours, but Solskjaer is reluctant to set sights on silverware at this stage.

He said: “Of course, when you get to Man United, you want to end the season with trophies. But trophies won’t be what we’re talking about now.

“We’ve got to make sure we make this short spell before next season a good one for us and if it ends up with trophies, fantastic. We’ve just got to focus on what we can control and that’s our own performances. If that takes us to a final or two, it would be great.

“I’m focused on each game as it comes but also on developing this team. It’s a young team with some great talent, some great work-rate, personalities… the human qualities in the group are fantastic.