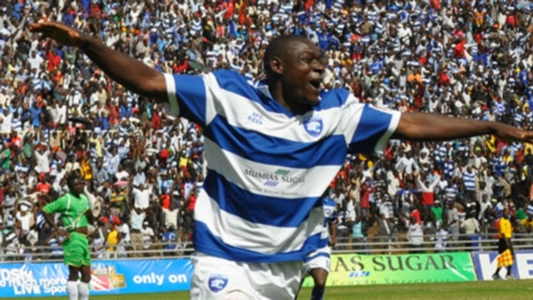 Chinjili, famously known as 'Yekini' due to his likeness to Nigerian legend Rashidi Yekini, hanged up his boots in 2013 and tried his hand in the coaching world before quitting after it became clear it was not going to sustain him effectively.

The retired striker then ventured into fish mongering, a business that he says is valuable and worth undertaking.

“It might be labour intensive but I have learnt over the few years that it is very valuable and maybe then this is a good retirement path onwards,” Chinjili told People Daily.

“It was not rocket science. It was such a sweet deal that probably only a fool could turn down.”

The former St George SC star started the business in the Bunyore area and hopes to expand it soon in order to reach as many customers as possible.

“I tried to set up a shop in Mbale, Vihiga but it did not get the market I hoped for,” he added.

“When I then turned to social media and set up a page on Facebook, things changed. I used my name to inform potential customers and also did deliveries.

“I am now happily getting big orders from clients as far as Europe and America who tell me to supply their older kin at home and this is exciting.”

With a stable income in his pocket daily, Chinjili says he has been able to employ a number of people to help him run the business.

“On a good week before the coronavirus struck, I could make KSh15,000 on average and this has made me employ youth from the area to help in the business,” Chinjili added.

“I have mighty plans and if all goes well, then maybe we could have a restaurant because the gap and demand are alive for fresh fish that we offer.

“We have six ponds at the farm, which is fed with fresh water from the river and all we do is to feed the fish and during harvesting ensure all compliance is met because the product is sensitive.

“On a good day, we sell up to 50kgs to hotels and individuals.”

Chinjili's revelation comes in a year when the majority of the Kenyan Premier League (KPL) players have faced salary delays as some clubs are without sponsors.