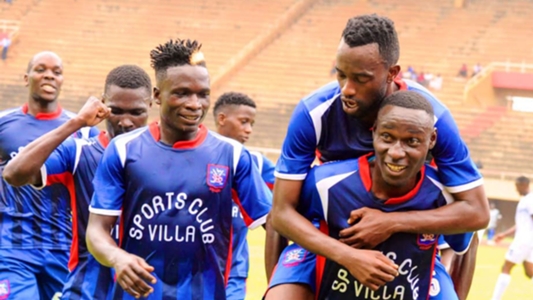 SC Villa head coach Edward Kaziba has revealed teamwork was the reason why the Ugandan Premier League side performed well in the concluded 2019/20 season.

With five rounds remaining to conclude the season, the top tier was suspended in mid-March owing to Covid-19 pandemic.

The league was eventually annulled by the Federation of Uganda Football Associations (Fufa) after the pandemic was not contained quickly.

As a result, the eight-time league champions managed to finish third on the table.

"It was teamwork despite problems within the camp such as delayed payment of wages," Kaziba said as quoted by New Vision.

"I had to bring the team together and above all, I have my own philosophy of play and I selected players who fitted the style.

"The players were committed and as a parent, I approached and talked to them and we solved problems together as a family. I listen to them, and we work hand in hand with both players and the technical bench."

The tactician has also stated his agreement with the management after joining from Uganda women's national team, where he served as the assistant coach.

"When I arrived at Villa, I told the top administration to keep me away from the pressure of the fans and not interfere with the team," Kaziba revealed.

"I came to SC Villa with an experience just having coached at Standard High school for almost 16 years and having acquired my CAF A, B, C coaching certificates.

"This helped me with a lot of knowledge and confidence. So coming to coach a club like Villa that has a lot of supporters with a lot of expectations was easy."

During his playing days, Kaziba turned out for the likes of KCC, Tobacco FC. He was also part of Jogoo Young technical team and managed to coach top talents like Godfrey Walusimbi, Emmanuel Okwi and Joseph Mpande.

After the Ugandan Premier League cancellation, Vipers SC were declared winners after accumulating 54 points from the 25 matches played.