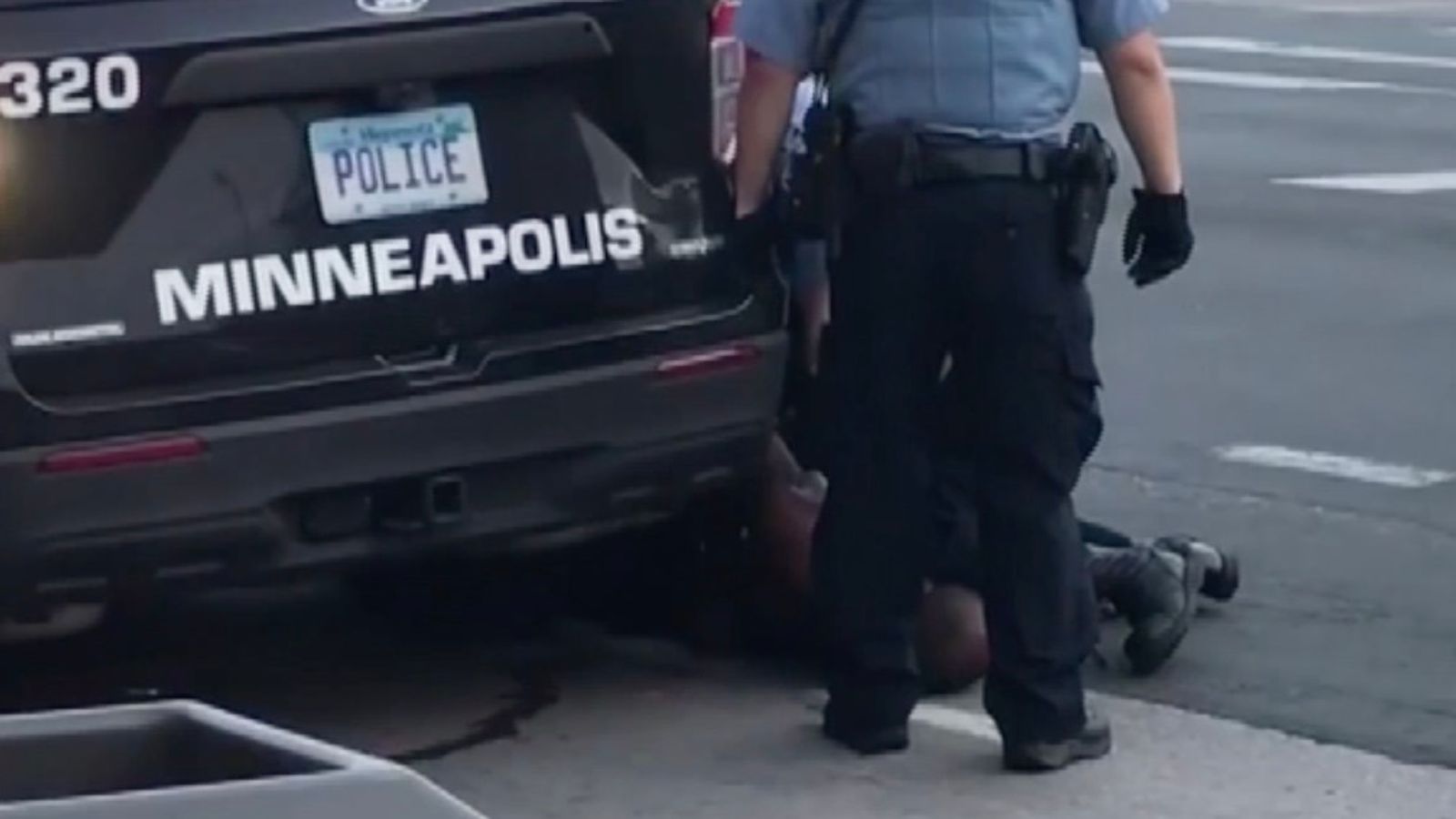 A police officer filmed kneeling on the neck of a handcuffed black man who died in custody has been arrested following widespread protests.

George Floyd died in Minneapolis after Derek Chauvin was filmed kneeling on his neck for at least eight minutes during his arrest for allegedly using a fake $20 note in a shop.

It comes after three days of protests, which escalated in violence as demonstrators torched a police precinct that had been abandoned by officers - sparking the order for National Guard personnel to step in.

The protests started in Minnesota but have since spread throughout the US, with chaotic scenes also erupting in New York, Los Angeles, Chicago, Denver, Phoenix and Memphis.

The owner of a Minneapolis restaurant that caught fire and was damaged backed the demonstrations, saying 'let my building burn, justice needs to be served'.

The daughter of the owner wrote on Facebook that her family won't lose hope, as they are grateful "for our neighbours who did their best to stand guard and protect Gandhi Mahal".

She continued: "Youre [sic] efforts won't go unrecognized. Don't worry about us, we will rebuild and we will recover. This is Hafsa, Ruhel's daughter writing, as I am sitting next to my dad watching the news, I hear him say on the phone; 'let my building burn, Justice needs to be served, put those officers in jail'.

"Gandhi Mahal May have felt the flames last night, but our firey drive to help protect and stand with our community will never die! Peace be with everyone."

Earlier, a black TV reporter was arrested while broadcasting live from the scene of the protests.

CNN said the crew was arrested "for doing their jobs, despite identifying themselves - a clear violation of their First Amendment rights".

A statement issued by Minnesota State Patrol said three members of a CNN crew had been arrested "in the course of clearing the streets and restoring order", adding: "The three were released once they were confirmed to be members of the media" - but this was refuted by the CNN.