Cigar-shaped comet could be interstellar 'iceberg'

Cigar-shaped comet could be interstellar 'iceberg' 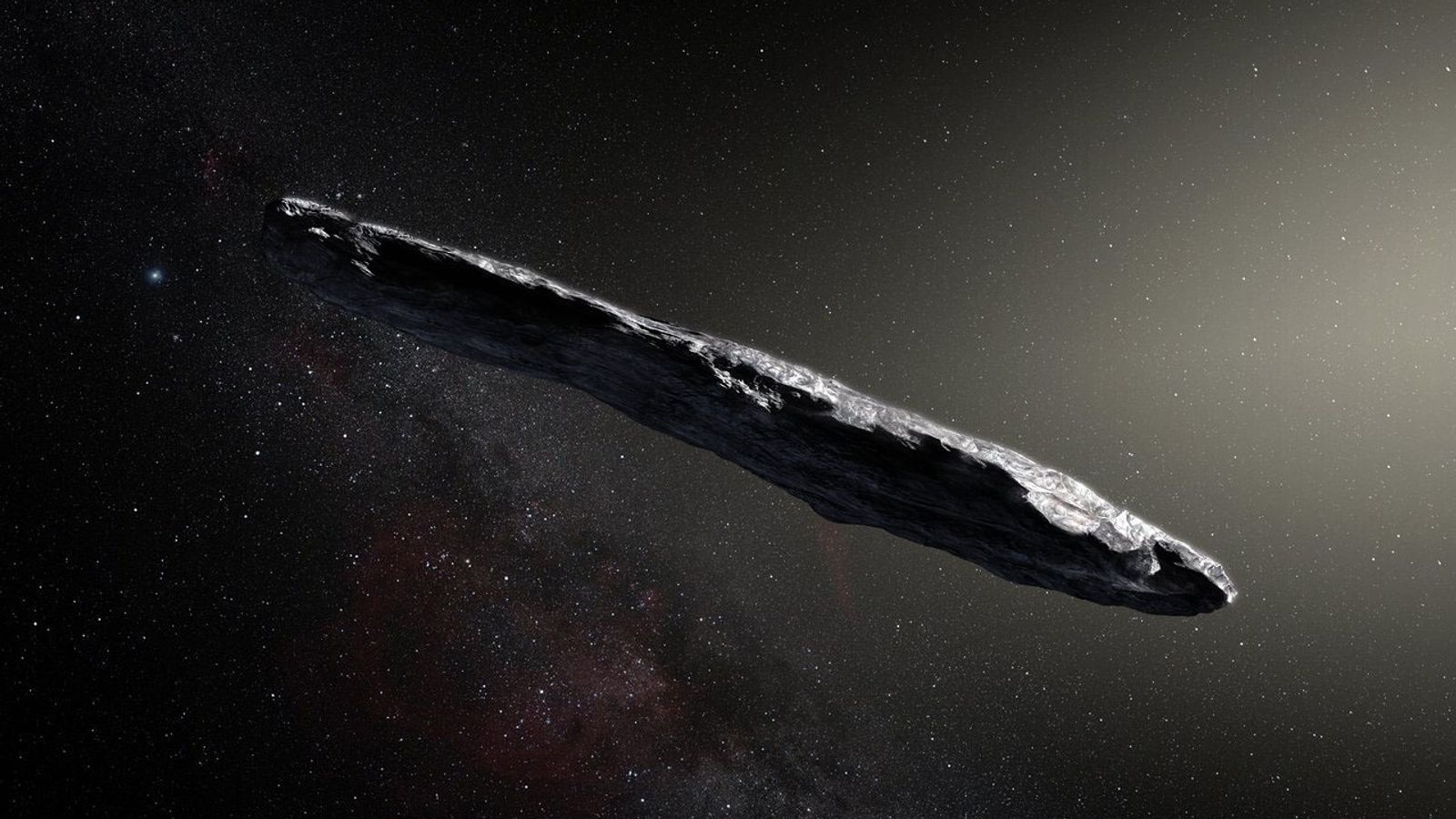 The cigar-shaped comet Oumuamua - which baffled scientists when it flew through our solar system in 2017 - could be an interstellar "hydrogen iceberg", according to new research.

Last year, researchers asserted it was "probably" not an alien spaceship, despite a suggestion by scientists at Harvard University, after investigating the nature of the object - which the scientific community has been uncertain over how to classify.

Scientists tracked the reddish-coloured Oumuamua from 14 October 2017 until 2 January 2018, after which it became too faint to detect even with the most powerful telescopes.

Now a new study, to be published in the Letters of the Astrophysical Journal, says it originated within a giant molecular cloud from which it split and sailed away like an iceberg.

Molecular clouds are best known as nurseries for stars - stretching for light years across - but they could also produce these kinds of interstellar icebergs, according to the research, first reported by Wired magazine.

For a brief period in their life-cycle, the clouds would have been massive and cold enough for hydrogen to freeze solid and clump together.

The study confirms that the comet was composed of molecular hydrogen ice, which would also explain its unusual shape.

One of the paper's co-authors, Darryl Seligman, told Wired: "Even though the hydrogen iceberg thing is a little exotic, it explains every single mysterious thing about Oumuamua."

The theory even explains the comet's unusual shape because cosmic radiation would have chipped away at it from some directions more than others, similar to how a bar of soap thins and flattens over time.

But what excited Mr Seligman the most about his theory was it provided an answer for one of the Oumuamua's most mysterious aspects - it appeared to be accelerating beyond what would be caused by the force of gravity.

The prevailing theory was that gases boiling off from the comet's surface were causing this acceleration, but scientists were unable to detect the compounds which out-gassing usually reveals - such as carbon dioxide and water.

But if the out-gassing was composed of pure molecular hydrogen, telescopes would have been unable to detect it.

Mr Seligman, of the University of Chicago, alongside co-author Greory Laughlin of Yale University, are the first to propose the existence of hydrogen icebergs.