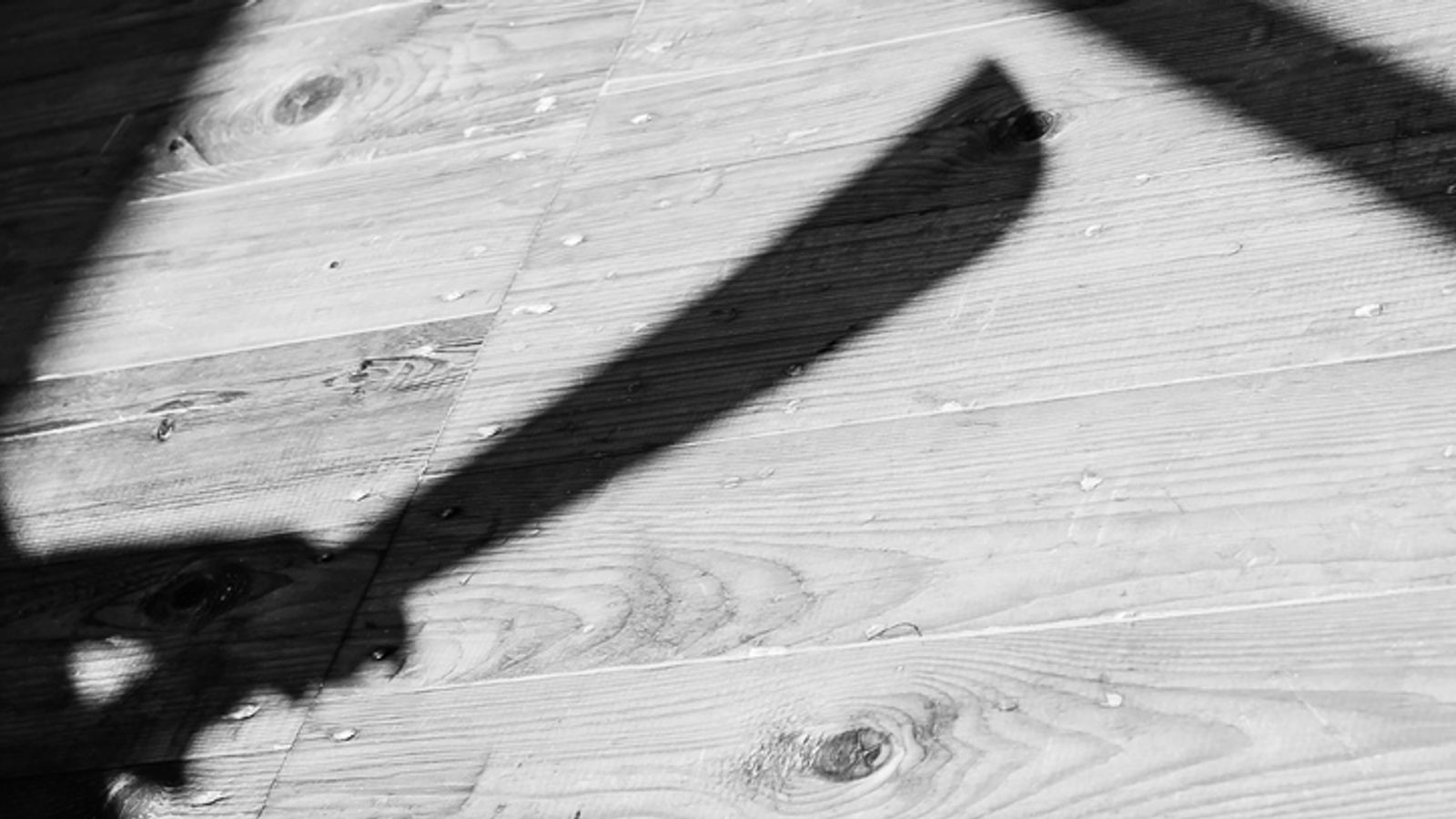 Two men snuck into a bedroom with machetes after being hired to carry out a stranger's sexual fantasy of being tied up in his underwear and stroked with a broom, only to discover they had got the wrong address.

The pair from Sydney, Australia, made their apologies and left the startled victim's bedside as soon as they realised their mistake.

One of the men, Terrence Leroy, has now been acquitted of entering the home in July 2019 intending to intimidate while armed with an offensive weapon, after the New South Wales district court accepted his explanation.

Conceding "the facts of the case are unusual", judge Sean Grant set out his reasons for the not guilty verdict, saying the evidence did not suggest the men's actions were intentional.

"They carried the machetes either as a prop or something to use in that fantasy," he said.

"The fantasy was unscripted and there was discretion as to how it would be carried out."

According to court documents, a man living in western NSW, near Griffith, "wanted a broom handle to be rubbed around his underwear".

Police said the intended client had "history and proclivity for engaging the services of people".

He had made arrangements with a man on Facebook for people to engage in the role play, and sent his address - before he later updated it after moving house more than 30 miles away.

But the resident of the home where the men mistakenly turned up to told police that when he noticed a light on in his lounge at around 6.15am, he assumed it was a friend who visits daily to make coffee.

After hearing a voice asking "is your name Kevin?", the man said he turned his light on to see two men he did not recognise standing next to his bed, both holding machetes.

A conversation then ensued, in which the pair repeatedly sought to establish whether he was "Kevin", each time being told "no" in response.

At one point, one of them asked: "Are you sure you are not Kevin as we were told to come to [this address] and pick up Kevin."

Eventually accepting their error, the duo then left, with one saying "sorry mate" and shaking the resident's hand, while the other said "bye".

The resident then called police.

The intended client called the men soon after to check on their whereabouts, at which point they realised their error.

The two men and their driver eventually arrived at the correct address, where the would-be customer spotted one had a "great big knife" in his trousers.

The customer told him not to bring the weapon inside, and he left it in the car. Court documents say all three men then entered the correct property.

The client began cooking bacon, eggs and noodles after being asked to do so by Leroy, who then "fell asleep on the couch".

Police arrived at the property around an hour later, and arrested Leroy and the other man who had appeared in the incorrect bedroom

The judge said it had not proved that Leroy's intention had been to intimidate.

Leroy's lawyer said: "It was a commercial agreement to tie up and stroke a semi-naked man in his underpants with a broom. Entry was not with intent to intimidate."