North Carolina throws convention threat back at Trump and GOP

North Carolina throws convention threat back at Trump and GOP 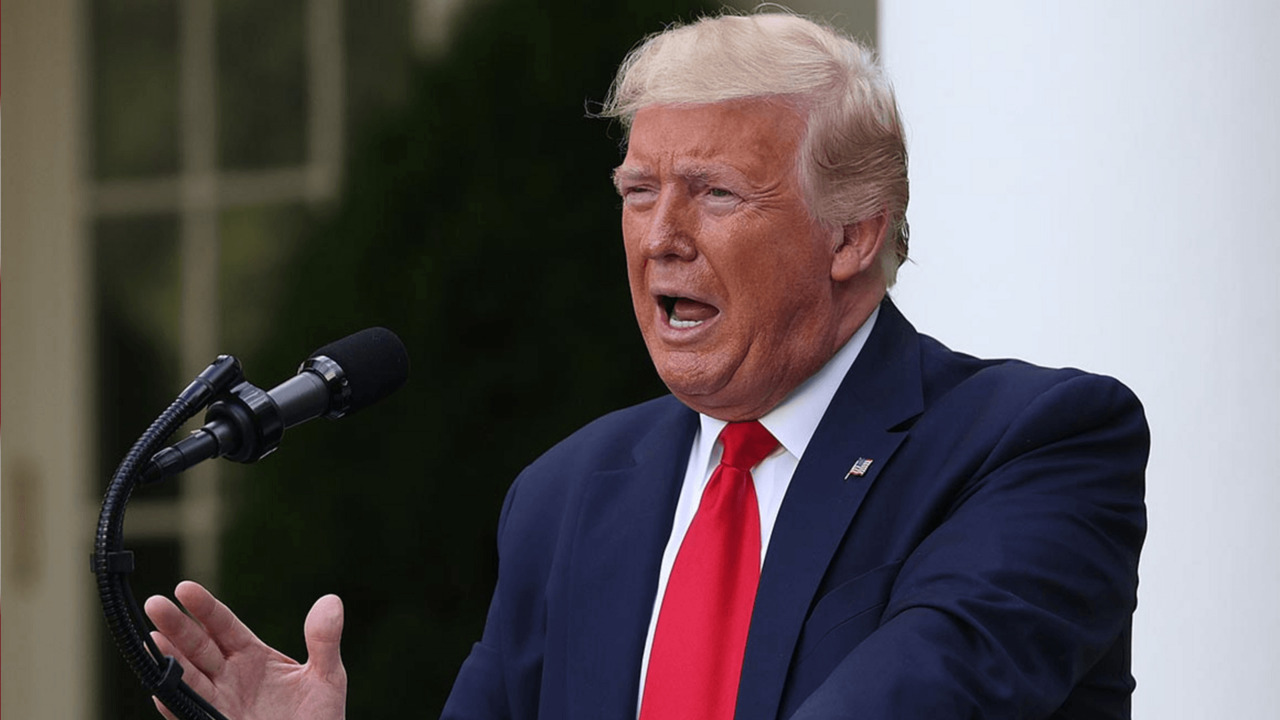 On Tuesday, those officials put the onus on national Republicans to show they can pull off a 50,000-person event safely.

In a letter to Marcia Kelly, the president and CEO of the convention, North Carolina secretary of Health and Human Services Mandy Cohen acknowledged the president’s warning and requested a public health plan for the event.

"The status of Covid-19 infections in our state and in the Charlotte area continues to rapidly evolve [so] it will be important to have several scenarios planned that can be deployed depending on the public health situation," she wrote. "[M]easured and careful planning efforts are important not only to convention-goers, but also to the North Carolinians who rely on us to protect the public’s health."

The missive came as Republicans held conference calls Tuesday to decide how to proceed with plans for the convention. People familiar with the discussions said an array of options were considered, including holding the event in a different state. The three most frequently mentioned states include Florida, Texas and Georgia, all of which have Republican governors. Florida Gov. Ron DeSantis and Georgia Gov. Brian Kemp have said they would welcome the convention.

But Republicans involved in convention planning say there remains strong interest in holding the event in North Carolina, a critical swing state. They also acknowledge privately that switching the venue would pose major logistical challenges.

Nothing was decided, and one senior Republican called the situation “a mess.” Indeed, the twin developments in North Carolina and Washington signal a difficult stretch for the GOP as it tries to navigate Trump's insistence on a full-blown convention with public health concerns on the ground.

Cohen, Kelly and Democratic North Carolina Gov. Roy Cooper discussed the convention during a Friday conference call, according to the letter — a positive sign for proponents of keeping the convention in North Carolina. But the two sides aren't close to agreement on what modifications might be needed because of the coronavirus.

Fueling the GOP’s angst is a perception that Cooper is unlikely to lift restrictions to accommodate them. With cases rising in the Charlotte area, Republicans say they're skeptical that the Democratic governor will allow a mass gathering.

North Carolina on May 22 entered the second phase of its reopening strategy, which still bars indoor gatherings of more than 10 people. Moreover, the state health department reported its largest spike in cases over Memorial Day weekend, threatening to push North Carolinians back inside for another weeks-long stay-at-home order.

“Obviously, that’s not going to happen in Charlotte, nor would it happen in any other city that they're going to move it to,” Graham, a Democrat, said in an interview.

“It's just absurd. To think that we are going to host 50,000 people three months from today,” she told POLITICO. “And to ask for a guarantee from the governor, that’s just unreasonable. If [Trump] wants to go somewhere else, please go ahead.”

In a four-tweet thread Monday, Trump threatened to seek another venue for the convention if Cooper doesn’t cooperate.

“Unfortunately, Democrat Governor, @RoyCooperNC is still in Shutdown mood & unable to guarantee that by August we will be allowed full attendance in the Arena,” the president wrote. “Plans are being made by many thousands of enthusiastic Republicans, and others, to head to beautiful North Carolina in August. They must be immediately given an answer by the Governor as to whether or not the space will be allowed to be fully occupied. If not, we will be reluctantly forced to find, with all of the jobs and economic development it brings, another Republican National Convention site. This is not something I want to do.”

Bringing the convention to Charlotte was not an overwhelmingly popular decision even before the onset of the coronavirus. The city’s Democrat-led City Council accepted the GOP’s bid by a one-vote margin in 2018. The president’s tweets stoked those earlier tensions among some city council members, who said they plan to propose a scaled-back or partially online convention even though its final form would be up to the RNC.

“I believe it’s [overly] optimistic to think that we could actually have an event that’s identical to one we could've had without the virus,” said Ed Driggs, one of two Republican city council members in Charlotte. “This really is a clash between the governor ... and the president. So I think the city’s position has to be, we will continue being prepared and doing what is necessary to be prepared for a convention, and it will require that that convention be conducted with state directives in effect at the time. And we’re going to have to be a little flexible.”

Trump has made it clear that if the convention is scaled back or canceled, he will blame the two Democrats who hold its fate in their hands: Cooper and Charlotte Mayor Vi Lyles. They both declined to comment for this story.

In response to the president’s tweets, Lyles issued a statement on Twitter, saying, “With the health and safety of our residents and visitors being the top priority, the city of Charlotte will continue to follow guidance from Governor Cooper and public health professionals in determining the best and safest way to host the Republican National Convention. While I've remained consistent in my statements regarding the RNC being held in Charlotte, the science and data will ultimately determine what we will collectively do for our city.”

The RNC is one of more than 20 major conventions Charlotte was scheduled to host this summer. Those in favor of seeing it take place as originally planned cite the potential economic and morale boost for the city. Plus, they say it might not be too late for the GOP to adjust its proposal to adapt to North Carolina’s coronavirus case curve.

“I don’t think anybody can make a judgment call on what is safe or isn’t safe over three months from now,” said Tariq Bokhari, Charlotte’s second Republican City Council member. “Because they can’t tell us what three weeks out looks like.”

Alex Isenstadt contributed to this report.