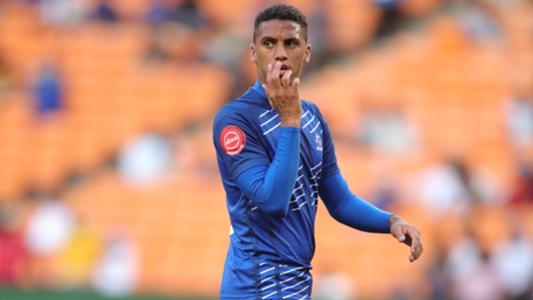 Former Orlando Pirates captain Lucky Lekgwathi says "young" Rushine de Reuck "would be a smart investment" for the Soweto giants and he urged the club to sign the Maritzburg United defender.

De Reuck is reportedly on the radar of Pirates as they look to reinforce their defence, which has conceded 26 league goals, the highest number in the Premier Soccer League (PSL) top-four so far this season.

Also linked with Pirates is another Maritzburg defender Siyanda Xulu but Lekgwathi says he prefers De Reuck to his 28-year-old teammate.

"We [as Pirates] must sign De Reuck. I have been monitoring him ... the boy has a big heart," Lekgwathi told Sowetan Live.

"At his age he is amazing, and at Pirates he can grow to be a superstar.

"He can compliment Happy [Jele] so well. Xulu is a good player as well, but he would only play one or two seasons. We don't know what made him leave Chiefs.

"Signing De Reuck would be a smart investment for the club because the boy is still young."

Ntsikelelo Nyauza and Alfred Ndengane are some of the central defenders who have been partnering Jele at the heart of the Pirates defence.

Nyauza is 30-years-old while Ndengane is now 33 and the two might not have a long future at Pirates, and Lekgwathi believes De Reuck is already an established defender at 24, having started all of Maritzburg's league games this season.

"I watched De Reuck live in Mbombela against [Kaizer] Chiefs [in the Telkom Knockout semifinals] last year. It's when I realised we need him. He frustrated Samir Nurkovic, that shows he can do well at Pirates," said Lekgwathi.

Xulu, however, boasts of vast experience of having played for PSL heavyweights Kaizer Chiefs and Mamelodi Sundowns as well as a stint in Russia.

If Pirates signs Xulu, the defender would join a league of players who have turned out for all three traditional South African traditional.