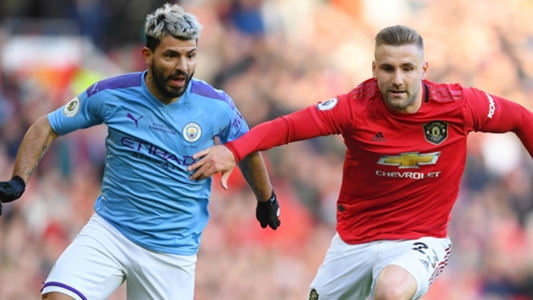 The Premier League should continue to aim for a return to action on June 19, according to Gary Neville, who feels three weeks’ training is adequate for players to get up to match fitness.

The top flight has been shut down since March because of the coronavirus pandemic, but the first steps towards a resumption have begun under the league’s ‘Project Restart’ plan.

Players returned to training in small groups last week, with clubs unanimously voting to resume full contact training at a shareholders' meeting on Wednesday - the most significant step towards getting players fit and ready for a restart.

The league insists it will only resume matches when it is deemed safe to do so and in line with UK government advice, but remain hopeful that matches can begin on June 12 or June 19.

Some have expressed concern that a mid-June restart would be too early given players have yet to return to full training and will likely need to finish the remaining matches in a relatively short space of time.

Neville concedes the players would not be considered 100 per cent fit but does not feel that is a good enough reason for a delay.

“Two or three weeks on top of the fitness work they've been doing at home feels about right,” the former Manchester United defender told Sky Sports. “June 12 feels a touch early but there's no reason to go beyond June 19 for a restart.

"I don't see players' fitness being a concern - I don't see them needing four or five weeks. Even when they've had six weeks off for pre-season, within 10 days of going back in they'd be playing games again in pre-season.

"They wouldn't be 100 per cent fit but these are uncharted times. I wouldn't expect the players to be absolutely perfect. I feel two to three weeks is about right to get them back playing again.

"We're constantly told throughout the season that players are overworked, play too many matches. What we can't have is a situation where the players have had an eight-week break to then say they need six weeks of training to get back to fitness. That doesn't feel right.”

Neville cited the example of Harry Kane as reason to avoid a delay. The Tottenham striker retained hope of being fit for Euro 2020, due to start next month before it was pushed back a year because of the Covid-19 pandemic, despite suffering a hamstring injury in January that was expected to keep him out for much of the rest of the season.

"If Harry Kane was borderline fit for the European Championships and was going to be back two weeks before the tournament, he'd be saying he was fit and ready to go. I don't see the difference with this situation,” added Neville.

"If this was a major cup final or league game, and a player had been out for eight weeks with an injury and he only had 10 days of training, he'd be fighting to get into that squad. I don't buy into the need for an extended period of time."