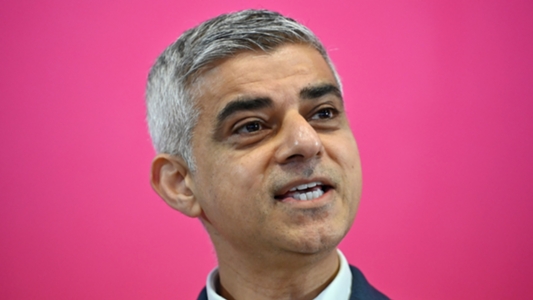 London Mayor Sadiq Khan has thrown a potential wrench into the Premier League's proposed return, saying that it is too soon to play matches in England's capital.

The Premier League has been suspended since March amid the ongoing coronavirus pandemic, but is eyeing a return next month.

On Monday the government cleared the league to resume play on June 1, outlining the plan in a 50-page document for lifting the coronavirus-enforced lockdown in England.

There are still plenty of issues to iron out before the league can return, however, one of which is whether teams would play at their home grounds or in neutral locations.

A number of Premier League clubs have come out against the idea of playing at neutral grounds, which has been proposed to maximise social distancing.

London has been mooted as a site for several neutral-ground fixtures, with Arsenal's Emirates Stadium and West Ham's London Stadium mentioned as possible venues.

Khan, however, has said that it is too soon to discuss hosting Premier League fixtures in London.

“Sadiq is extremely keen for the Premier League and professional sport in general to resume," a spokesperson told the Evening Standard.

"However, with the country still in the grips of this crisis, and hundreds of people dying every day, he believes that it is too early to be discussing the resumption of the Premier League and top-flight sport in the capital.

“As a Liverpool fan, Sadiq of course wants the Premier League to return, but it can only happen when it is safe to do so, and it cannot place any extra burden on the NHS and emergency services.”

Aside from the question of match locations, there are plenty of other issues the Premier League must address before play can resume.

“Sadiq is also concerned about the welfare of players competing in all professional sports, not just football,” the mayor's spokesperson added.

“There are huge questions to be asked how players could train safely, how they would travel to matches and how they could play competitive matches without the risk of spreading infection.”

Khan's Liverpool were 25 points clear atop the table when play was halted in March, and are just two wins away from their first Premier League title.