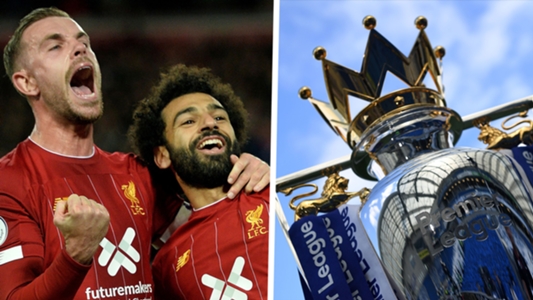 Premier League players do not want to be seen as guinea pigs in the Project Restart plan, Professional Footballers' Association chief executive Gordon Taylor has said.

It was confirmed on Monday by the United Kingdom government that professional sport will be able to resume on June 1 as the country looks to gradually return to normalcy amid the coronavirus pandemic.

The Premier League, which has been on hold since March, is said to be working towards a prospective date of June 12 to resume matches.

However, the plans have been met with doubts from players including Manchester City's Raheem Sterling, and Danny Rose, on loan at Newcastle United from Tottenham.

Speaking to Sky Sports, Taylor said: "It's never easy when we've had over six weeks of being told to stay inside, and the next minutes it's the start of what's being perceived as the easing of these restrictions.

"The players don't want to be seen as guinea pigs and that will apply to everyone in professional sport.

"It's about getting the balance of safety and also trying to get back to normality as much as possible."

Figures released in England have displayed a trend of people from black, Asian and minority ethnic [BAME] backgrounds being disproportionately impacted by coronavirus.

Asked about the issue of protecting BAME players, Taylor said: "We need to make sure our BAME players are properly protected if there is an incidence of higher rates with those players.

"We need to give everyone confidence that every single safety measure has been taken on their behalf."

Before the league can return to the pitch its players must first return to full training, a process that Taylor has said will be slow and steady.

"Thinking about returning to training, it's going to be a staged process. There's going to be five steps and it's caution all the way," he said.

"We'll put our toe back into the water as things are eased back in, mindful that there could be a backbite and that's where the medical experts come in."