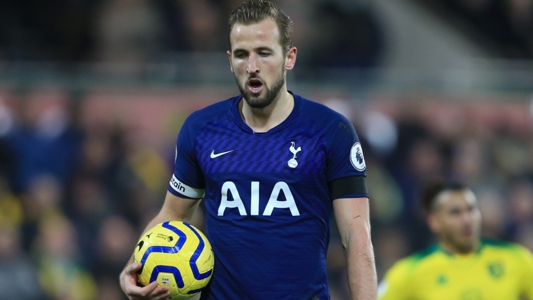 Lucas Moura hopes Harry Kane stays at Tottenham, admitting it would be tough to replace the forward.

Kane has been the subject of plenty of transfer speculation after saying last month he would not stay at Spurs "just for the sake of it".

Lucas said Kane, who is linked with a move to Real Madrid, was crucial for Tottenham and he wants the England international to remain at the Premier League club.

"It's hard to speak about the future, about a negotiation because it's a personal decision. I'm sure that every season Tottenham receive offers for Harry Kane," he told Sky Sports.

"It's not me who has to decide, but of course I want to play with him in the next season. I want to stay with him because he's very important for us and it's not easy to find a player like him.

"Everyone knows he's a big player. He's very important for us, he's our striker and scores almost every game. I'm sure that [Jose] Mourinho wants to keep him. He counts on him for the rest of the season as well as for the next one."

Kane has been linked with a move to Manchester United but former Spurs boss Harry Redknapp believes he might prefer a transfer to Real Madrid or Barcelona.

The Premier League season was suspended last month due to the coronavirus pandemic, with Spurs sitting eighth in the table.

It remains to be seen when and if the campaign will resume and Lucas is unsure if it will be safe to play, even behind closed doors.

"I don't know, to be honest, if it is safe because maybe I have the virus without having symptoms. Then I can touch a team-mate or a rival [and] spread it and we don't know," he said.

"I'm not sure what is best to do. If it's to play or not to play, play with fans or without, it's a hard situation to decide. I'm not sure it's safe to play even without fans."