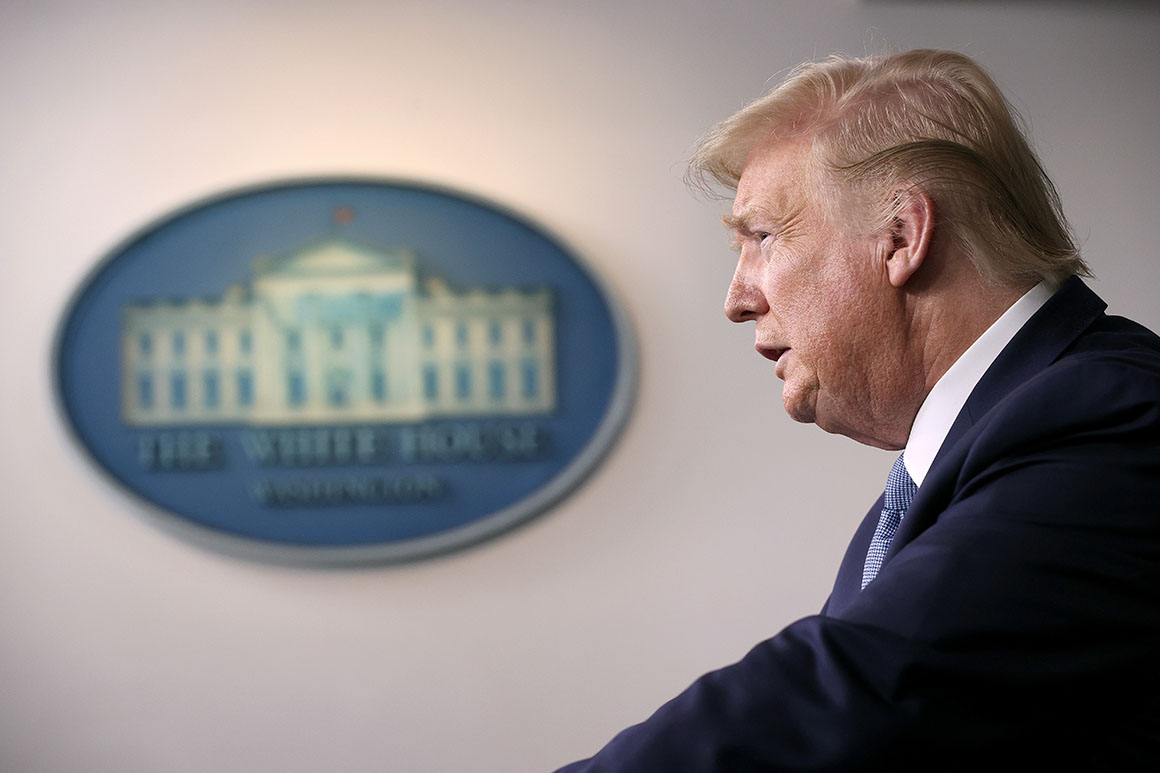 The White House and Senate Republicans are considering melding together a House-passed coronavirus aid bill with President Donald Trump's request for $850 billion in stimulus spending, creating one massive aid package that the Senate could pass this week.

The thinking, as described by Senate Republican leadership aides and several Trump administration aides, is that one large-scale package would be easier to push through the Senate immediately. The downside is the House would have to also approve the package, and the House is in recess with no current plan to return.

But since some Senate Republicans were aiming to amend the House bill anyway, they don't see much practical or political risk.

Another concern for Senate Majority Leader Mitch McConnell (R-Ky.) and other senior Republicans is a practical one — if they let the Senate adjourn following passage of the "Phase 2" House bill, it may be logistically difficult to get senators back to Washington once they go home because of travel hurdles. Airline service has been severely disrupted so far, and situation may worsen. In addition, if one or more senators contract the virus, returning to Washington may prove impossible.

But the idea of combing two stimulus packages will, undoubtedly, create a massive legislative rush this week in the midst of a national health crisis that has brought the nation to a standstill. Treasury Secretary Steven Mnuchin is slated to attend the Senate GOP lunch Tuesday afternoon, where he is expected to discuss this plan.

The White House Tuesday morning began signaling it was aiming for $850 billion in stimulus spending, split between a payroll tax cut, support for the airline industry and $250 billion in loans for small business.

"I don’t know how it happens exactly yet. I know that 'Phase Two' will kind of be the baseline approach and then we’ll try and go from there," said Senate Majority Whip John Thune (R-S.D.) on Tuesday.

"There’s a third iteration that we’re working on and how it gets across the floor and back to the House remains to be seen. I mean they could move separately, but maybe there’s a way we combine it,” he said.

The revised legislation — which provides paid sick days and emergency leave to workers who are ill or have family members with coronavirus — is set to be taken up the Senate this week.

Several senior Democratic aides said combining the two packages into one would be a nonstarter in the House without significant concessions.

House Democratic leaders are already dealing with rank-and-file anger over a “technical corrections” bill the House passed late Monday that actually included a significant rewrite to the paid leave language in a major concession to the White House.

The change — which would allow more businesses to seek exemptions from offering their employees paid leave — was pushed by administration officials as necessary to get the bill through the Senate, according to multiple sources. But now, if the House-passed bill is combined with a huge economic package, they didn’t even need to make that major change, House Democratic aides argued.

In addition, several Democrats said the payroll tax cut was still a nonstarter, citing tepid support for the idea even among Republicans. And they threw cold water on the idea of just cutting checks to people, saying the bureaucracy needed to implement such a massive program could delay payments for weeks if not longer.

Democratic aides said they were instead looking at other ways to pad people’s wallets by expanding credits already written into the tax code.