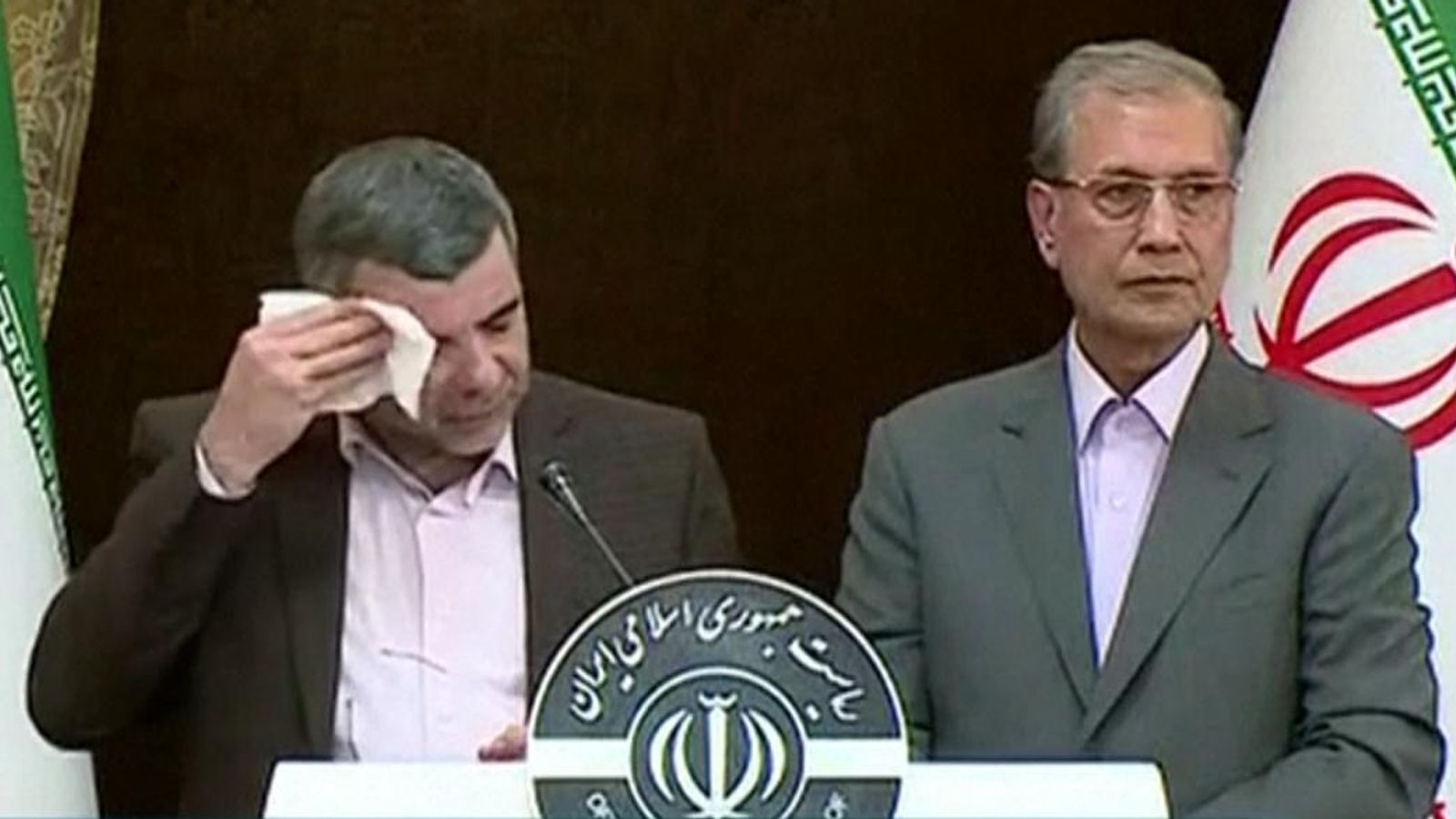 The man tasked with tackling the new coronavirus in Iran has himself tested positive for the virus.

The authorities' announcement about Iraj Harirchi came a day after he was seen sweating and appeared uncomfortable at a news conference about the outbreak.

Mr Harirchi, deputy health minister and head of Iran's anti-coronavirus taskforce, posted a video online confirming he had the virus and was self-isolating at home.

He promised that officials would bring the outbreak of COVID-19 - the disease caused by novel coronavirus - under control.

Meanwhile, an MP for Tehran, Mahmoud Sadeghi, has also been infected.

Iran has the highest number of virus-related deaths outside China - at least 16 - and has urged people in many provinces to stay at home.

Concerts and football matches have been cancelled, and schools and universities were closed.

The government has rejected claims that 50 have been killed by virus. That number was quoted by Ahmad Amirabadi Farahani, a politician from the holy Shia city of Qom, which has been at the epicentre of the virus in the country.

There have been 95 confirmed infections in the country - but 900 cases were suspected.

And the head of the Medical Science University in Qom, Mohammad Reza Ghadir, has expressed concern over "the spread of those people infected by the virus across the city".

He claimed the health ministry had banned releasing figures linked to the coronavirus.

In a speech, Iranian president Hassan Rouhani has tried to reassure the nation, calling the new coronavirus an "uninvited and inauspicious passenger".

The United Arab Emirates, which has long-haul carriers Emirates and Etihad, has banned all flights to and from Iran over the outbreak.