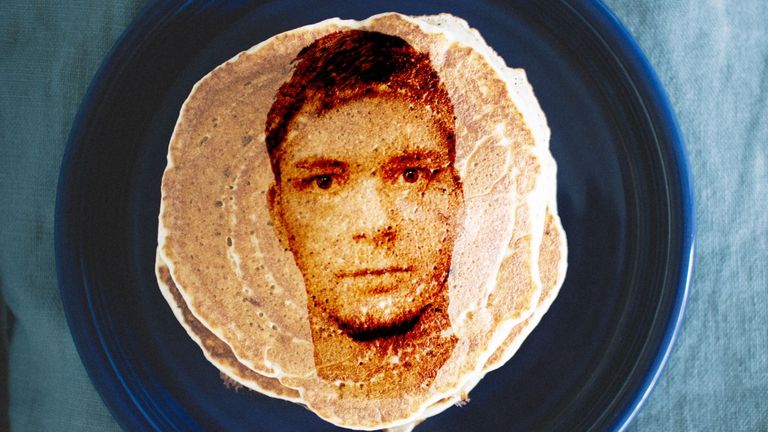 Several images of wanted suspects have been created on pancakes by a police force which is asking the public for help to "whisk them away" on Shrove Tuesday.

Surrey Police has posted digitally-enhanced photos on social media of people they want to speak to.

In a tweet, it said: "We've asked Crepe Artiste Philippe de Pan to help us locate some of our most wanted through the medium of pancake art."

It goes on to clarify de Pan does not actually exist and that they have created the images themselves.

On one of them, the force has added the pun: "We would like to establish if he is a crepe-tomaniac?! (badoom tisch!)."

Several users have responded with their own puns, with one posting: "Take it he stole some dough?" - while another tweeted: "Don't pancake!! We are on to it!!"

One person wrote: "I hope you manage to crepe up on them and apprehend them safely!" to which Surrey Police responded: "Thank you - we'll try to be syruptitious!"

And another said: "With any luck you'll catch some unsavoury characters".

The pancakes included an image of Thomas McKeogh, who has failed to appear in court on a number of occasions and has failed to answer bail in relation to a vehicle theft investigation.

Daniel Harber, 20, who is wanted on recall to prison, also features, as does 19-year-old Thomas Michael Cooper, who detectives want to speak to about a number of burglaries.

Surrey Police said: "While there will always be critics who 'pan' our attempts at getting these wanted faces out there, the flip side is that more people are seeing these posts than would see a standard wanted appeal."