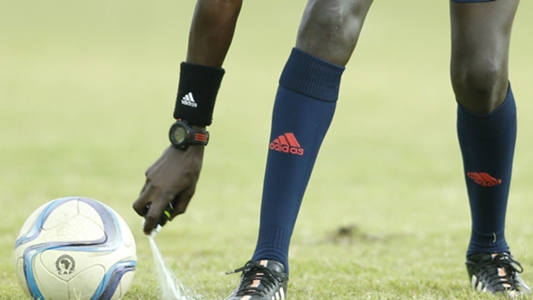 The South African Football Players Union have condemned an incident which took place during a South African fourth-tier match where a person appeared to drive onto the pitch during a league game, apparently to attack a referee.

According to The Citizen, the driver was an enraged supporter who, unhappy with a refereeing decision during an ABC Motsepe League match between Luka Ball Controllers and Polokwane City Rovers over the weekend, attempted to attack the official in his vehicle.

The video circulated on social media on Monday, and depicts a motorist speeding down the length of the field to catch up with the referee, who was able to get out of the way.

Apparently he wanted to run over the referee ????. TF?! #ABCMotsepe pic.twitter.com/dqjUCUyIHv

"We as #SAFPU are shocked to have witnessed such barbaric behavior," read a statement by the Union's Secretary General Nhlanhla Shabalala. "There is no place for it in football.

"We will be meeting in earnest with the South African Football Association to resolve."

According to The Citizen, the Ball Controllers supporter was enraged when Rovers scored their second goal to comeback to 2-1 having initially fallen behind.

“Each time the game was set to restart he threatened to go on to the field against. It spoiled the game because be kept trying to drive the car towards the City Rovers bench,” said a source at the stadium.

“He wanted to hit the referee, that is who he was targeting, he turned his attention to the Rover bench in frustration because the referee made his way off the field as he feared he would be run over by the fan.”