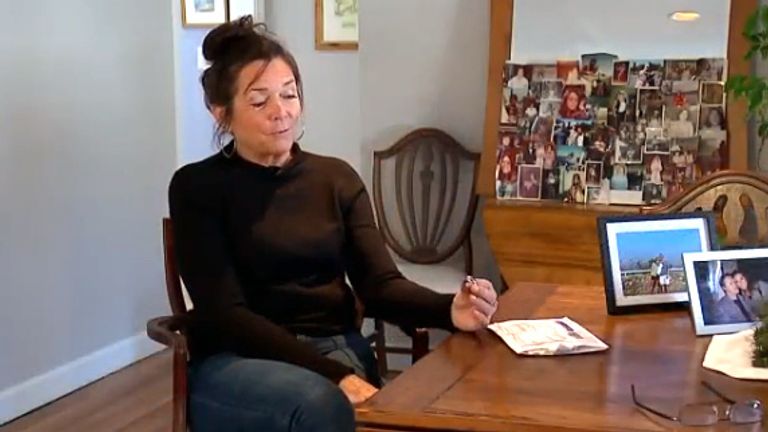 In 1973, a teenage Debra McKenna accidentally left her future husband's ring in a department store in the US town of Brunswick Maine.

Fast forward 47 years and it has been found by a sheet metal worker - buried in a Finnish forest.

Ms McKenna, 63, lost the ring in Portland when she was a student at Morse High School, the Bangor Daily News reported.

The ring, which had engravings identifying the school, belonged to Ms McKenna's late husband Shawn, who she dated all throughout high school and college.

The couple was married for 40 years until Shawn died in 2017 after a six-year battle with cancer.

Shawn gave Ms McKenna the ring before he left for college, but she accidentally left it in a department store.

She said the ring was largely forgotten until the worker found it buried under eight inches of soil in Kaarina, a small town in southwest Finland.

Finnish media reports that Marko Saarinen was using a metal detector when he found the blue-stoned, silver ring.

"Usually my findings are bottle caps or other junk," he said.

Mr Saarinen contacted the alumni association, who had no trouble identifying the ring's owner as it bore the 1973 graduation date and the initials S.M.

Ms McKenna said she cried when the ring arrived in the mail at her Brunswick home last week.

"It's very touching in this world of negativity, to have decent people step forward and make an effort," she said.

"There are good people in the world, and we need more of them."

Ms McKenna has no idea how the long-lost ring ended up in a Finnish forest.

She said Shawn spent some time working in Finland in the early 1990s - but nowhere near the city where the ring was found and he had not seen the ring in 20 years at that point.