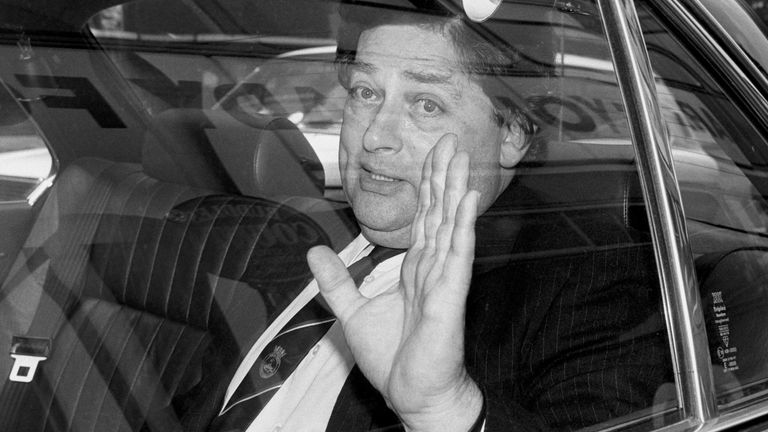 There is nothing unprecedented about losing a chancellor.

Many other prime ministers have dispensed with them - most famously Margaret Thatcher who dispensed with Geoffrey Howe and Nigel Lawson when she felt they had outlived their usefulness or had become an impediment.

And plenty before them.

Harold Macmillan removed Selwyn Lloyd when he felt that his chancellor had stood in the way of his "dash for growth".

So why is getting rid of Sajid Javid different? Here are a few reasons.

First, for all the chat about differences between Number 10 and Number 11, I cannot think of another chancellor in recent memory who was quite as pliant and unchallenging to a PM than Sajid Javid.

True: he introduced relatively tough fiscal rules in the manifesto which may constrain the government's ability to spend on public services in the coming years.

Yet there was little sign that he wouldn't have bent them as necessary to ensure more spending in the coming years.

In the grand pantheon of chancellors, he did not look like much of a thorn in the side of the prime minister.

Nigel Lawson he was not, let alone Gordon Brown.

In short, eliminating him looks like cruelty or paranaoia on the part of Number 10.

Second, the timing is very awkward to say the least.

The budget is in less than a month - and this is no normal budget.

It's the budget that will define a parliamentary term. Work on it is quite progressed.

Rishi Sunak has been involved so the disruption may not be enormous.

However - and this is the next point - this isn't just about the removal of a chancellor.

It's about a Number 10 strategy to "take back control" of financial decision making.

It's about killing or muffling the "Treasury view" that tends to recommend constraint rather than splurging.

So it may have major fiscal implications.

You get a sense of that when you look at the reaction in the government borrowing market today.

Interest rates on UK 10-year government debt shot up after it emerged Sajid Javid was leaving - not by much but by enough that paying for the extra splurge on investment and services will be that bit more expensive.

Either way, it signifies investors betting that a chunk more government debt is about to be issued.

At the heart of this is an institutional battle between Dominic Cummings and the Whitehall power structure, where the Treasury is first among equals.

Today isn't the end of that war, or the beginning of the end.

These institutional power struggles run very deep. In a sense they define governance in the UK.

Policy decisions over centuries have been shaped by the tension between a Prime Minister's office determined to spend and the Treasury which is determined to keep that under control.

Nor is Mr Cummings the first person to attempt to take on the Treasury view.

This kind of thing goes back to Harold Wilson, and indeed before.

But here's the thing: most of those efforts failed.

The Treasury re-emerged just as if not more influential than ever before.

Is Mr Cummings more likely to succeed than his predecessors over the decades?

Regardless, the interesting question worth asking now is the following: if you assume Rishi Sunak will allow Number 10 to splurge as much as they want, who becomes the most important other player in the UK economy?

Step forward Andrew Bailey, the newly-appointed Bank of England governor - appointed by Sajid Javid, but yet to take his post.

If Dominic Cummings succeeds in muffling the Treasury view, the next battle will be with the Bank and its new governor who will be duty-bound to raise interest rates if the government splurges and if that drives up inflation.

Might the next chapter be an assault on Bank of England independence?