Markets bet new chancellor will be a big spender 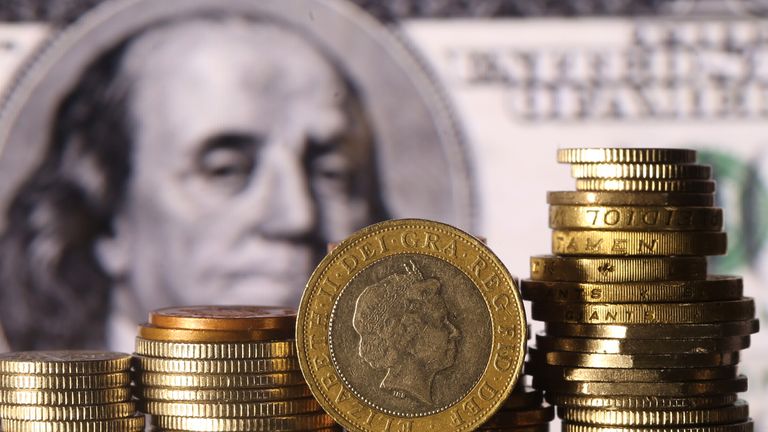 Markets bet new chancellor will be a big spender

You have to go back a long way – to October 1989 – for the last time that a Chancellor of the Exchequer resigned.

On that occasion, Nigel Lawson resigned from Margaret Thatcher's government following a clash over the interference of her chief economic adviser, Sir Alan Walters.

History does not repeat itself, but it rhymes, as Mark Twain said.

Sajid Javid's resignation followed a refusal to sack his advisers at the behest of Boris Johnson.

The parallels with Mr Lawson's resignation end, though, with the market reaction on each occasion.

Back in 1989 investors were horrified at Mr Lawson's resignation, with the FTSE 100 falling by 2.2%, while the pound fell sharply against the US dollar and against the deutschemark.

Yes, the FTSE 100 is lower, but so are equity markets everywhere due to news of a rise in new cases of the coronavirus COVID-19 in China.

The Footsie's reverse, if it does seem more exaggerated, reflects the heavy weighting in the index of oil and mining stocks whose fortunes are strongly influenced by China's economy.

There is nothing in the FTSE 100's performance today to imply any similar dismay at Mr Javid's departure.

The more telling reaction has been in the pound and in gilts, UK government bonds.

Although sterling fell briefly on news that Mr Javid had resigned, making him the first Chancellor since the late Iain Macleod 50 years ago not to have presented a Budget, it later rallied against the US dollar and the euro, rising by more than 1% against the latter, a significant move.

Mr Javid was known to have argued against turning on the spending taps as aggressively as Mr Johnson and his chief adviser, Dominic Cummings, wanted.

Mr Sunak is seen as someone more likely to do Mr Johnson's bidding.

Adam Seagrave, Head of Global Sales Trading at Saxo Markets, said: "The initial reaction has been weaker sterling but we are now seeing a rally to a new high.

"This is presumably the market interpreting the announcement as Boris wanting advisors who are more willing to back aggressive fiscal stimulus."

On that basis, a big increase in public spending aimed at stimulating the economy would make an interest rate cut from the Bank of England less necessary, which - all other things being equal - is supportive for the pound.

The same reasoning underpins moves in the gilt market.

The yield on 10-year UK government bonds (bond yields rise as the price falls) rose to its highest level for more than three weeks on today's events.

In other words, because investors expect a big increase in public spending at the Budget, they also expect more gilt issuance - as Chancellors, unless they already have money in the kitty, either pay for extra spending with more borrowing or higher taxes.

So the market is anticipating higher gilt issuance.

The big question is the extent to which the Budget presented next month by Mr Sunak, a former employee of the Wall Street banking giant Goldman Sachs and the hedge fund TCI, is his.

As Mr Javid and his Treasury officials had prepared a Budget to be prepared last autumn, before Mr Johnson called a general election, the chances have to be that a lot of the ground work had already been done.

Nimesh Shah, a partner at the accounting and tax advisory firm Blick Rothenberg, said: "We would expect a lot of the Budget material will already be in place, more so because a Budget was already planned before the election which had to be postponed.

"However, any major changes and decisions that were to be announced would presumably need to be put on hold and assessed by the new chancellor."

Although markets are assuming Mr Sunak will be more profligate than Mr Javid, as Mr Johnson seeks to reward northerners who voted Conservative for the first time with extra spending in their area, there is now uncertainty about specific policy measures.

Chancellors quite often like to test the popularity of measures they are planning in their Budget by leaking details of them to the newspapers and seeing how they play.

Some of the kites flown very publicly by Mr Javid recently included the possibility of a mansion tax and of further cuts to the tax relief enjoyed by higher earners on their pension contributions - a particularly disastrous policy of the former Chancellor, George Osborne, which has created a staffing crisis in the NHS.

Mr Shah said: "There has been suggestion higher or additional rate relief for pension contributions could be scrapped and a wealth tax on property introduced - but surely such significant proposals would almost certainly need to be reconsidered by the new Chancellor."

Savvas Savouri, the influential chief economist at the hedge fund manager Toscafund, is confident that Mr Sunak will do a good job.

He told clients this afternoon: "No doubt the news that we now have a new chancellor to take this on, so close to the Budget, will have shocked many.

"To my mind, Rishi Sunak is educationally and professionally suited for the role he has been rightly elevated to.

"After two questionable Tory chancellors [Mr Osborne and Philip Hammond], and one who never actually delivered a Budget [Mr Javid], I have no doubt fourth time is a charm."

Dr Savouri said that, far from introducing a mansion tax, he expected Mr Sunak to boost the property market by addressing the damage done to housing market activity by Mr Osborne's increases at the top end.

He added: "This brand new, and extremely capable, Chancellor is justified in providing our property market with a boost, not least by announcing an immediate end to Mr Osborne's ill-conceived stamp duty surcharge.

"More broadly, I have full confidence that we are about to be presented with a Budget fundamentally good for the UK economy, including an environmentally and economically sensible generous car scrappage scheme."

Mr Shah said it was also possible that, now Mr Javid had been replaced, some of the Prime Minister's pledges when running for Conservative party leadership - such as raising to £80,000 the threshold at which the 40p rate on income tax kicks in - could yet be revived.

He added: "This was expected to cost the Treasury around £8bn and it still remains difficult to see how such a tax cut could be justified given the significant spending plans.

"However, nothing should be ruled out now, as Boris Johnson could finally get his way with this measure."

As George Buckley, economist at Japanese bank Nomura put it: "I suspect [the new Chancellor] is likely to do whatever Boris Johnson tells him to do.

The backdrop to all of this is that, with interest rates low across the world, markets are no longer punishing profligate government spending in the manner that they were in the years immediately after the financial crisis.

That was when Gordon Brown's government and, later, the coalition government, were forced to take action to bring the budget deficit down or, for example, when the eurozone sovereign debt crisis forced countries like Greece, Portugal, Spain and Ireland to introduce austerity measures.

These are different times, as the experience in the United States shows.

Donald Trump, having introduced big tax cuts for businesses and the wealthy, has allowed the budget deficit to let rip - and markets are perfectly relaxed about it.