Why the number of COVID-19 cases has suddenly shot up 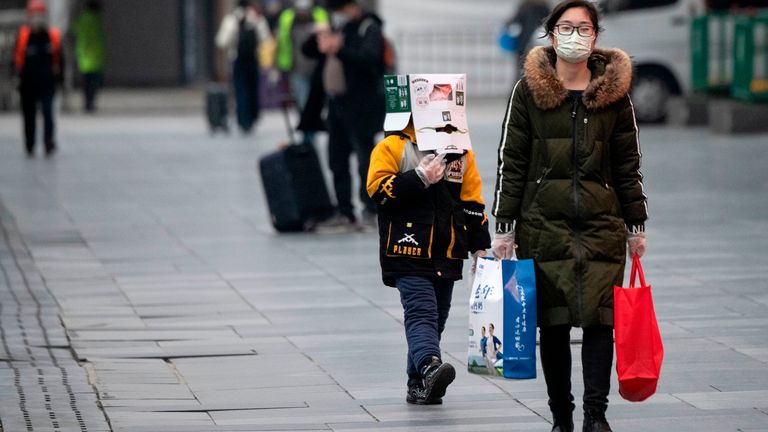 Why the number of COVID-19 cases has suddenly shot up

Overnight, the number of people confirmed to have been infected with the coronavirus in China rose by a third.

The word out of China was that the spread of the coronavirus had not suddenly accelerated - but that technical advances had made spotting it more effective.

The surge was the result of adopting a new testing process, according to the Chinese authorities, using more sophisticated equipment to help spot when a suspected case was real.

But it is understood that health authorities in the centre of the outbreak - in Hubei - have also started to use a wider range of symptoms as a basis for deciding who is a confirmed case.

Initially, the focus was said to be on those who showed signs of pneumonia. Now, it is understood those who show other symptoms of COVID-19, the disease caused by the coronavirus, are also being included.

WHO spokesman Tarik Jasarevic said: "It is our current understanding that the new case definition widens the net, and includes not only lab-confirmed cases but also clinically diagnosed cases based on symptoms and exposure."

He added that the Geneva-based United Nations health agency was seeking "further clarity" from China about recent updates to the way it defines cases.

The disease was first identified after a number of people mysteriously began to fall ill with pneumonia, in the Hubei city of Wuhan.

But, before pneumonia occurs, and in people who are symptomatic but may not develop pneumonia, COVID-19 can often cause a fever, a dry cough and other effects.

Problems with the availability of testing equipment required to identify coronavirus emerged soon after the outbreak began to mushroom.

Science publications have reported on shortages of testing kits, with manufacturers failing to keep pace with the rocketing numbers of cases. It has also been suggested that Hubei suffers from a lack of laboratory staff trained to use them.

Professor Choi Jae-wook, from the Korea Medical Association, said: "The reason the Chinese health authorities decided to change the diagnostic procedure by including the clinical diagnosis, I assume, is because they lack diagnostic kits, delaying treatment of those with symptoms.

"And since only a few companies are making these testing kits in such a short period of time, the authorities cannot rely on their quality.

"I don't think the move was long overdue. We are still in the early stage of the epidemic."

The tests kits allow technicians to look for tiny snippets of genetic material in bodily fluids taken during swabs that are the signature features of the coronavirus.

But they only work if the disease is sufficiently advanced in a patient.

So far, scientists do not know the number of infected people who display no symptoms.

China's National Health Commission (NHC) said the sharp increase in the number of confirmed cases was as a result of a new, quicker diagnostic method using computerised tomography (CT) scans.

The NHC said it had diagnosed 13,332 of the new infections using the new equipment.

CT scanners, which are often used in the UK to check for cancer, had revealed lung infections, the Hubei health commission said, and enabled confirmation and faster isolation of new virus cases.

Hubei's authorities had previously only allowed infections to be confirmed by the RNA tests, which can take days to process.

RNA, or ribonucleic acid, is a type of genetic material similar to DNA, and exists in all organisms like viruses.