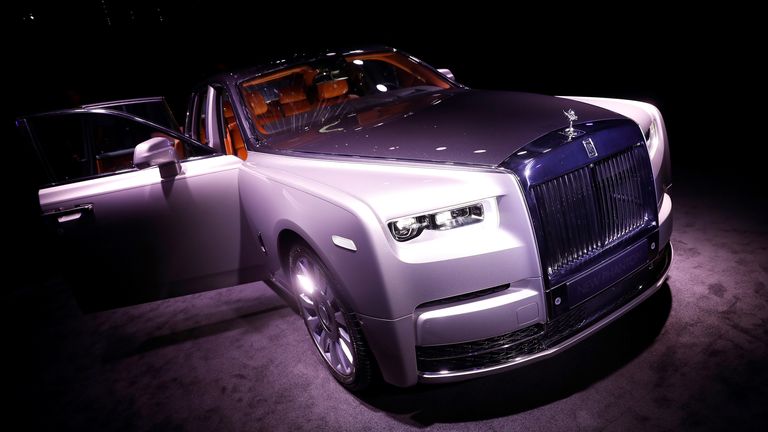 The group rode around in a Rolls-Royce Phantom telling hotel workers they were with entertainment firm Roc Nation, according to a complaint filed in the US District Court in Atlanta.

First they targeted the Georgian Terrace Hotel, where cast members from Gone With The Wind stayed during the film's Atlanta premiere. The hotel was left with a $45,000 (£34,746) bill.

Even the company that rented the Rolls-Royce to the group was scammed: A-National Limousine said it lost almost $60,000 (46,328).

The group of rap impostors are alleged to have used one credit card that was fake and another that was stolen.

But their spree came to an end after they came up against suspicious staff at Fairfield Inn & Suites in Augusta, Georgia.

More from Georgia, Us

The group had booked 10 rooms in the name of Roc Nation and the rap group Wu-Tang Clan, supposedly for an artist and entourage.

Hotel workers checked with the entertainment company who said the men were not known to them.

One man alleged to have been in the group - Aaron Barnes-Burpo - was arrested as he tried to check in at the hotel.

Two other men with the group told police they were homeless but had been recruited by the fraudsters to be bodyguards.

Barnes-Burpo and another man, Walker Washington, are charged with conspiracy to commit wire fraud and aggravated identity theft.

The real Wu-Tang Clan is an American hip-hop group formed in New York City in 1992. They are not involved in the case.