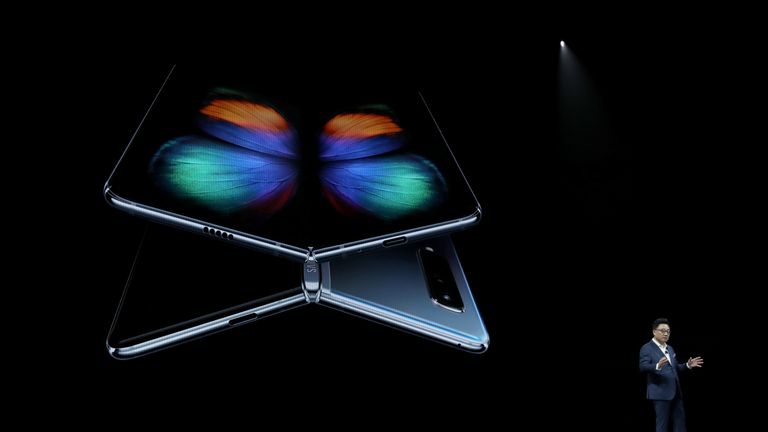 Samsung teased a new flip phone during this year's Academy Awards ceremony, ahead of the company's signature Unpacked event on Tuesday.

During the ceremony, which saw a fellow South Korean film Parasite win the Oscar for Best Picture, the company broadcast an advertisement showing off the device.

Although there has been no official sign of the expected Galaxy S20 ahead of the launch event, the advertisement revealed Samsung's first attempt at a foldable screen since the troubled launch of the Galaxy Fold.

In the company's latest Academy Awards video, the folding phones - rumoured to be named the Galaxy Z Flips - are shown open at a 90-degree angle on a table.

The device is similar to Motorola's relaunch of its Razr line of flip phones, with a large foldable inner screen and a smaller screen on the outside.

Small text in the corner of the screen during the ad acknowledges that the phone retains a crease in the screen from where it folds.

Details on the device's specifications have not been released yet.