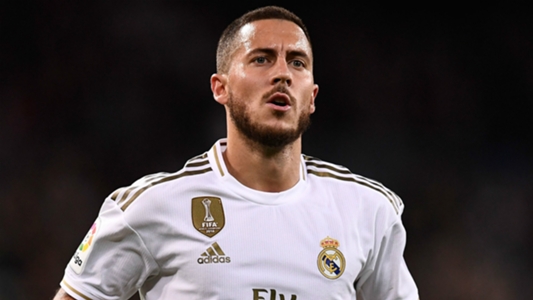 Hazard secured a dream move to Los Blancos from Chelsea in June last year for a reported fee of €100 million (£90m/$110m).

After questions were raised over the 29-year-old's fitness in pre-season, Hazard has struggled to perform strongly for Real to date, with a string of injuries not helping his cause.

Currently recovering from a foot injury, the Belgian has one goal and four assists to show from his first 13 appearances for his new club.

Having seen Hazard up close in the Premier League, Guardiola believes the player's quality can't be questioned and any dip in form is down to Los Blancos.

"If he's not playing well, something's going on at Madrid because he is really good," Guardiola said on Post United in an interview with YouTuber 'DjMaRiiO'.

"Not a top player, another level above. What we saw in England... he is world class. But the whole world knows that you need a period of adaptation."

Hazard was in line to play his first match of 2020 on Thursday when Real Madrid tackle Real Sociedad in their Copa del Rey quarter-final but he has failed to make Zinedine Zidane's match day squad.

The French manager is eager to exploit the Belgian attacker in seasons to come but is clearly cautious about rushing his return to action.

"We are happy to have Eden Hazard. He had a bad injury and as time has gone he has got better," Zidane said on Wednesday.

"We are happy to have a player like Eden and we will try to make the most of him during the many years he will be with us. The Madridistas are very happy too."

While somewhat critical of Real Madrid's handling of Hazard to date, former Barcelona boss Guardiola admits he misses taking the club on in El Clasicos.

"A little bit, yes. Every year it was the game of the century," Guardiola said of the great rivalry. "Here it is very different. In terms of the media, it's totally different."

The Manchester City manager will get the chance to return to the Santiago Bernabeu in late February when his side tackles Zidane's men in the first leg of their Champions League Round of 16 clash.