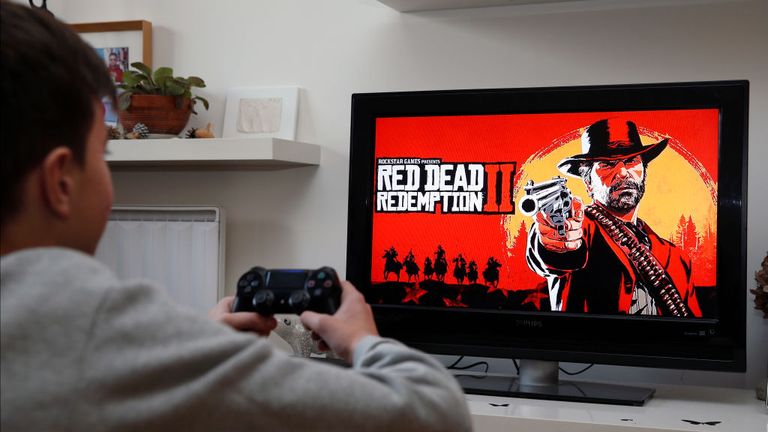 A leading video game producer who co-founded Rockstar Games - the studio behind Grand Theft Auto and Red Dead Redemption - is resigning from the company.

Dan Houser, who was the vice president of creative, will officially leave on 11 March, according to a statement from Rockstar's parent company.

Take-Two Interactive said it was "extremely grateful for his contributions" but stressed in a statement that his brother Sam continues to work for the business.

Mr Houser's reasons for resigning have not been confirmed, but the departure follows what Take-Two Interactive described as "an extended break beginning in the spring of 2019".

Both of the Houser brothers were born in London in the early 1970s.

Their story was dramatised in a BBC film called The Gamechangers, which starred Daniel Radcliffe as Sam Houser and depicted the controversy surrounding Grand Theft Auto.

Grand Theft Auto V, the most recent game in the series, is set in the fictional state of San Andreas.

Despite coming out in September 2013, the game continues to sell millions of copies - and as of November 2019, more than 115 million units have been purchased.

The title has outstripped the revenue made by any of the highest-grossing films, books and music albums.

It also broke industry records when it was released, earning $1bn (£766m) in the first three days.