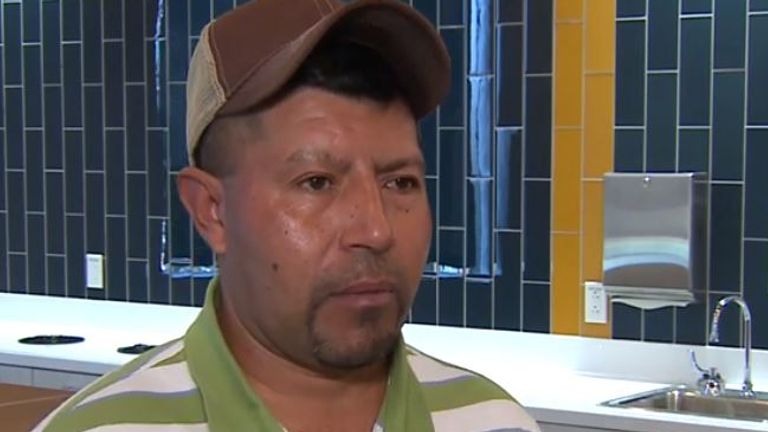 A man whose headaches were so painful they made him vomit has finally found the source of his health problem - a tapeworm had been lodged in his brain for 10 years.

Doctors in Texas think the tapeworm had been growing slowly ever since the man - named only as Gerardo - contracted it from eating undercooked pork in Mexico more than a decade ago.

Gerardo said he had been having headaches and "feeling off" for months before he had an MRI scan after fainting while playing football last year.

Describing the pain of his headaches, he told NBC affiliate KXAN-TV: "It's very intense, very strong because it made me sweat too, sweat from the pain, pain in the head, and then, I would vomit from the pain."

Dr Jordan Amadio, a neurosurgeon at Ascension Seton in Austin, said the case was "rare and truly extraordinary".

"In certain regions of the country, like Texas and California, this can be more common," he was reported as saying.

"So, there's definitely something, I think, for every medical professional to be aware of.

"It is not commonly seen and can actually masquerade as different things."

Several kinds of tapeworms cause the parasitic infection taeniasis, according to the Centres for Disease Control and Prevention.

Eating raw or undercooked beef or pork is the primary risk factor for becoming infected.

Most people with tapeworm infections have no symptoms or only mild symptoms.

After a complex surgery to remove the tapeworm, Gerardo said he was back to his normal self and had returned to work.

A tapeworm had also been found in his sister's brain years earlier.