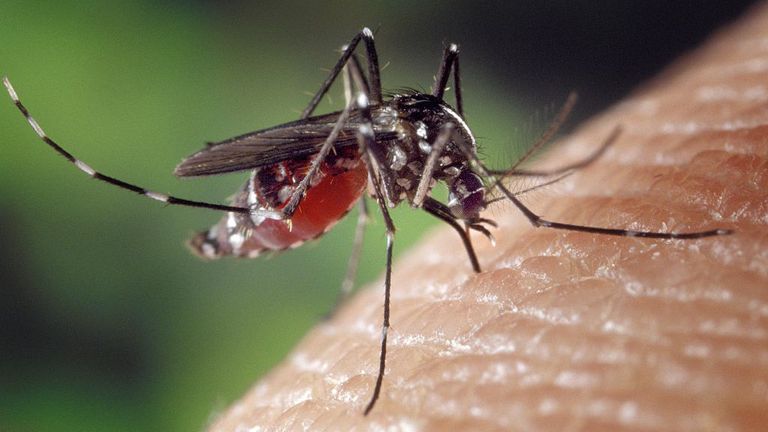 Researchers based in the US and Burkino Faso have won a prestigious prize for their creation of a fungus which kills mosquitoes.

Mosquitoes are a major spreader of disease, especially malaria, as well as dengue and Zika.

In a paper published in the journal Science last May the authors described how they had engineered a fungus which could infect mosquitoes that had grown immune to insecticides, causing a rapid population collapse in a simulated village setting.

According to the American Association for the Advancement of Science (AAAS), which awards the Newcomb Cleveland Prize, a child dies of malaria every two minutes.

"In 2018, the World Health Organisation reported 228 million cases of malaria and more than 400,000 deaths from the disease worldwide, with 93% of cases and 94% of deaths occurring in Africa.

Although these figures seem stark, they are a remarkable improvement. Cases of malaria have dropped by 18% and deaths by 28% since 2010 thanks to new insecticides being applied to bed nets and living spaces.

But mosquito populations are increasingly developing a resistance to these insecticides, leaving vulnerable communities in need of new and novel methods of tackling the insects.

Dr Brian Lovett, then just a PhD candidate at the University of Maryland, and Etienne Bilgo, a postdoc fellow at the Institut de Recherche en Sciences de la Santé in Burkina Faso, developed one such novel method.

They genetically engineered a naturally occurring fungal pathogen to produce a toxin derived from spider venom, and using this they were able to sidestep the mosquitoes' resistance to insecticide.

The toxin is harmless to humans and managed to kill 75% of an insecticide-resistance population of mosquitoes within just 45 days.

"The study is one of extraordinary scope and creativity," said Holden Thorp, editor-in-chief of the journal Science and chair of the Newcomb Cleveland prize selection committee.

"Not only is it a highly clever idea to use a fungus to transmit insect-selective toxins, but the breadth of the study, from engineering the fungus all the way through demonstrating the viability of the approach, is superb and meets all of our highest standards."