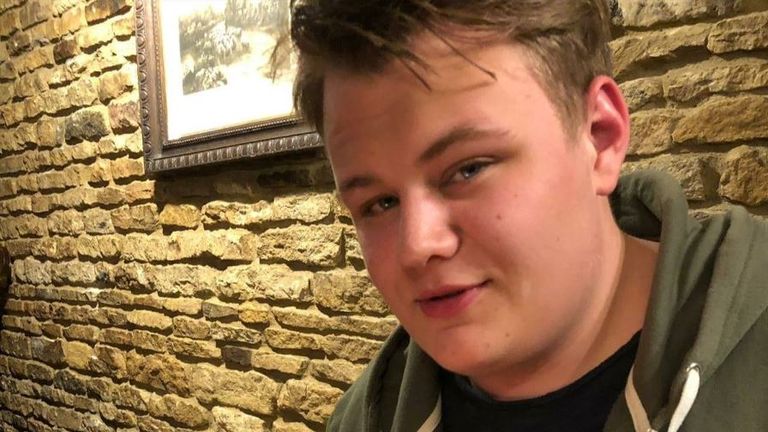 Boris Johnson says he will raise the issue of the driving standards of US personnel with American officials, in the wake of the death of Harry Dunn.

Speaking ahead of a conference in Berlin, the PM said: "We're certainly raising all those issues - about the driving habits of US personnel at the base - and we're continuing to work for justice for Harry Dunn and for his family".

The teenager died in a head-on crash with a car on 27 August last year near to RAF Croughton in Northamptonshire.

The driver of the car, Anne Sacoolas, claimed diplomatic immunity and returned to the US, where she has been since Harry died.

Yesterday, police revealed that diplomatic cars were driven on the wrong side of the road in two separate incidents near the RAF base where the teenager was killed last year.

When asked by reporters whether he would raise the issue with Secretary of State Mike Pompeo while they were both in Germany for the summit, Mr Johnson suggested he would.

The PM has previously described the chances of the US handing over Anne Sacoolas, the woman who was driving the car which hit Mr Dunn, as "very low".

Sacoolas, 42, the wife of a US intelligence official, claimed diplomatic immunity and returned to the US, where she has been since Harry died.

She is believed to have been driving on the wrong side of the road.

Harry's mother, Charlotte Charles, and his father Tim Dunn have sought assurances that safety measures are in place to make sure there are no similar incidents.

Police say they have called for talks with the base commander at RAF Croughton to discuss driving standards on the roads around it.

The British government has submitted an extradition request for Sacoolas, who has been formally charged over Harry's death with causing death by dangerous driving.

But the US has called the request "highly inappropriate".