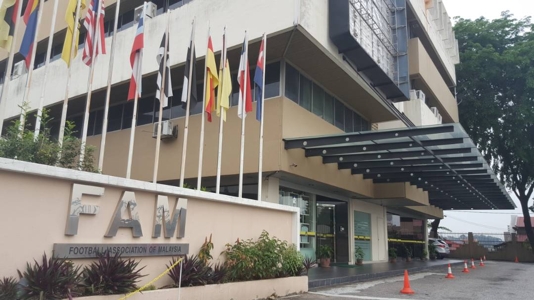 The governing federation of Malaysian football is finally taking a tough stance against clubs that have failed to settle their debts to players and staff.

In a press release issued on Thursday, it has warned Super League outfits Melaka United and PDRM, and Premier League club Kelantan to pay the overdue wages they owe by January 31, or they will immediately have three points docked.

"The Malaysian FA has yesterday issued warning letters to the three teams, reminding them to pay the outstanding wages completely or to come to a payment arrangement with their former players and staff.

"But if they fail to do so by January 31, three points will be immediately slashed," wrote FAM secretary-general Stuart Ramalingam.

The association also warns of much sterner measures, if payments are not made.

But most importantly is the final warning added by FAM under this move:

"Should any of the clubs come to a payment agreement for their arrears by January 31, they can still be docked three points immediately at anytime, should they make any of the payments in a timely manner."

FAM's latest move will surely have fans waiting with bated breath, as they have for long mocked its reluctance to take appropriate action against affiliate members and clubs for debts.