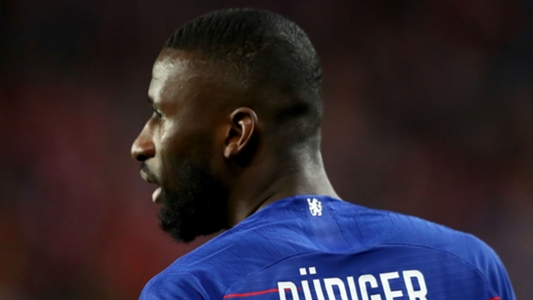 Chelsea defender Antonio Rudiger told those responsible for racism in football grounds to "get some basic education" after he was the victim of alleged abuse during Sunday's 2-0 Premier League win at Tottenham.

After Rudiger's involvement in an incident which resulted in a red card for Spurs forward Son Heung-min during the second half, the Germany international told the match officials he had been targeted by apparent racism from the stands.

Between then and the end of the contest, a number of announcements were made over the public address system at the Tottenham Hotspur Stadium. Objects had also been thrown onto the pitch at Chelsea goalkeeper Kepa, prior to the flashpoint with Son and Rudiger.

The prominent message during the three stadium announcements concerned the alleged racist abuse of the German defender. “Racist behaviour from spectators is interfering with the game,” was beamed over the public address system.

Speaking after the match, Tottenham head coach Jose Mourinho said: "I don't have much to say other than it's something that saddens me. I hate racism in society, I hate racism in football."

Tottenham versus Chelsea was the second high-profile fixture in the Premier League to be stained by alleged instances of racism this month.

On December 7, during the closing stages of Manchester United's 2-1 derby win at the Etihad Stadium, a Manchester City fan appeared to direct a monkey gesture towards Fred and Jesse Lingard.

Greater Manchester Police arrested a 41-year-old man on suspicion of a racially aggravated public order offence after that incident in Manchester, and the person has since been released on bail pending further enquiries.