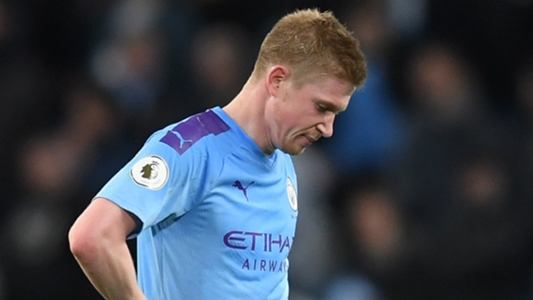 Manchester City players will be forced to miss the club's Christmas Party in a bid to ensure they are in peak condition for the busy festive period.

Pep Guardiola was unhappy with his side's performance shortly after last year's celebrations, believing it may have had an effect on the first team's performance.

And Goal  has learened that Thursday night's party at a city centre venue will be off-limits to his first team ahead of Sunday's trip to Arsenal.

The Premier League champions have started a tradition in recent years of holding an annual Christmas party for all employees of the club - totalling more than 400 - including the senior squad as well as coaching staff and senior executives.

But last season's bash came immediately before a 3-2 defeat to Crystal Palace, with Guardiola fearing that a late night had contributed to the surprise home loss.

City also lost at Leicester City four days later as they slipped further behind Liverpool in a title race they would eventually go onto win.

But with City trailing Liverpool by 14 points, Guardiola has tried to guard against a similar slump this Christmas.

At the event 12 months ago, players mingled with club employees but some of the first team carried on the evening at the Chinawhite nightclub until the early hours of the morning.

According to the book 'Pep's City - the Making of a Superteam' - written with Guardiola's full co-operation - all the players attended training the following day, but the City boss believed the night contributed to their surprise home defeat.

December and January is a busy period for Guardiola's side with 11 games in just five weeks and sports science staff are wary of any potential dangers ot a drop in performance.