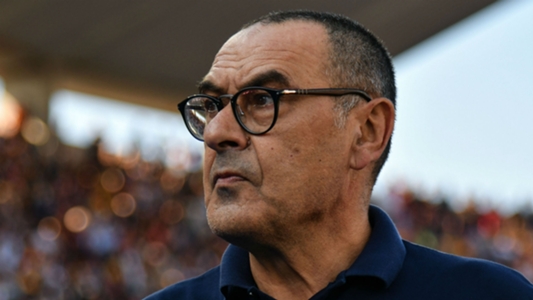 Juventus head coach Maurizio Sarri is not looking forward to the January transfer window, explaining that the period “bores him to death”.

The former Napoli and Chelsea boss watched on as his side were defeated 3-1 at Lazio on Saturday, despite taking the lead midway through the first half through Cristiano Ronaldo. Having been pegged back, they were overhauled in the last 20 minutes following a red card for Juan Cuadrado.

The result caused Juve to fall into second in the league, putting their title defence in jeopardy as Inter moved further clear at the top despite drawing with Roma.

And, with tension rising in Turin, the question has inevitably been asked about what changes the club could make in January.

“The transfer market is the last thing I want to do in life, it bores me to death,” he told Sky Sport Italia. “I like to do my job, which is to coach. I will work to find solutions.”

Meanwhile, the 60-year-old said that the level in Serie A is rising.

“I was in the Premier League and the level was high,” he said. “If I think about when I left Italy two years ago, there is now a better level. The smaller teams have a good technical level and are always fighting.

“Fortunately, our championship is improving.

“The thing that interests me now is to suffer less and to ensure that, come the final whistle, we have won our games.”

Juve have been the dominant force domestically in Italy for the last eight years, winning the Scudetto on each occasion.

This monopoly is now threatened by Antonio Conte’s Inter as the halfway stage of the campaign approaches, despite Juve having won 11 of their 15 matches.

There will be an expectation on the Bianconeri to bounce back in the Champions League on Wednesday, when they face Bayer Leverkusen in Germany.

Their passage to the knockout round, however, is already secured, with four wins from five games and a solitary draw against Atletico Madrid, while their opponents will likely need to win to keep their European Cup hopes burning into 2020.