Bodybuilder gran, 82, fights off burglar with table and shampoo 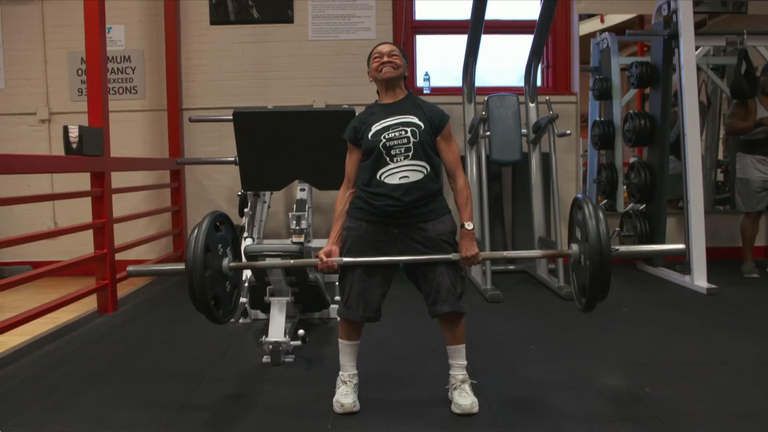 Bodybuilder gran, 82, fights off burglar with table and shampoo

A burglar in New York got an unexpected reaction when he broke into the home of 82-year-old Willie Murphy.

Ms Murphy, a retired social worker from Rochester, New York, told local media that she was getting ready to go to bed when a man began banging on her door, demanding to be let in.

He was reportedly asking Ms Murphy to call an ambulance, claiming he was hurt.

She then decided to call the police but refused to the let the man in - which is when the intruder became angry.

Ms Murphy said: "I hear a loud noise, I'm thinking, what the heck was that? The young man is in my home. He broke the door."

But being a bodybuilder, Ms Murphy had no trouble in reacting quickly, and grabbed the closest thing to her to retaliate against the unwelcome visitor - a table.

She told ABC News: "He picked the wrong house to break into."

"I picked up the table, and I went to work on him."

However, the table quickly broke, so she started jumping on him and then once the man was down, she squirted shampoo on him.

Once she'd doused him in hair product - she picked up a broom and took to hitting him with it.

Eventually, the police arrived and took the man to hospital - but not before applauding Ms Murphy for her actions.

She said that police officers wanted to take selfies with her on her porch when they met her.

:: Listen to Divided States on Apple podcasts, Spotify, and Spreaker

Ms Murphy trains most days at the local YMCA, where she was given a hero's welcome the next day,

A report by NBC's Today Show in 2018 said that Ms Murphy took up power-lifting eight years ago as a way of staying healthy and enjoying life.

She says she can dead-lift 225lbs (102kg) and holds records at state and national level.