Why the 2020 Dems aren’t talking about impeachment 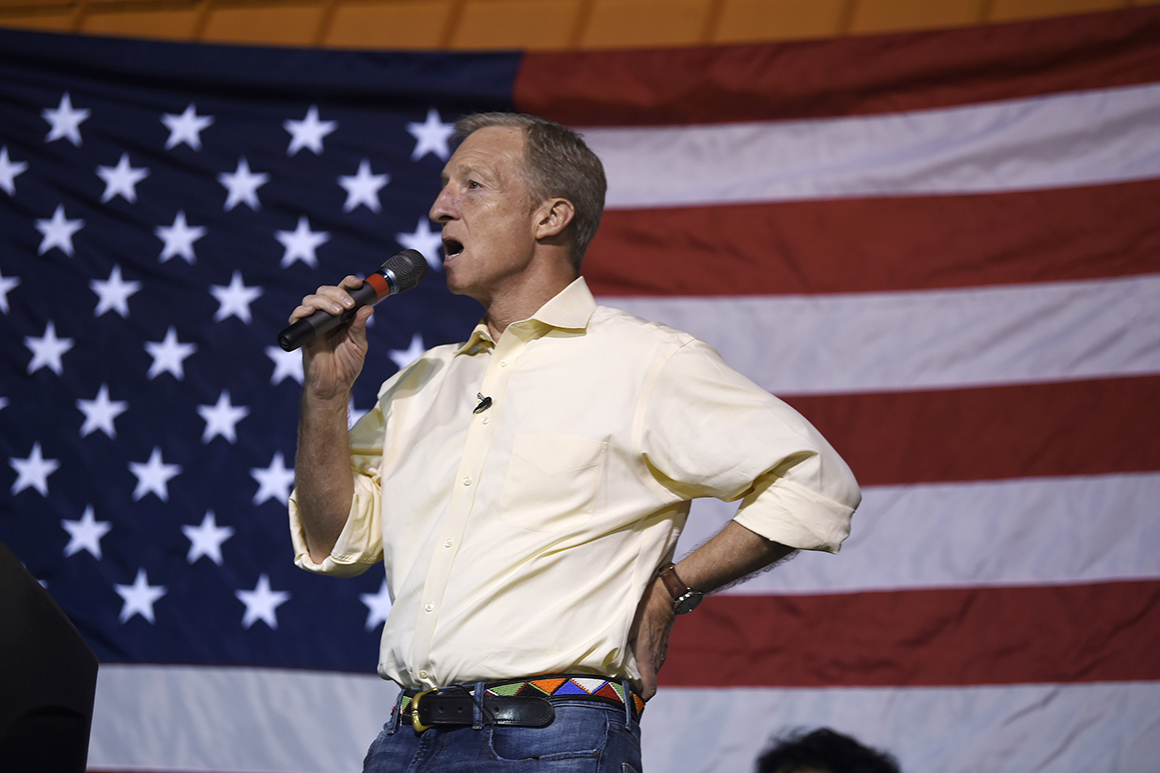 Why the 2020 Dems aren’t talking about impeachment

LAS VEGAS — Impeachment hearings are engulfing Washington, but in one surprising place — the Democratic presidential primary — it’s as if the unfolding saga hardly exists.

Sen. Kamala Harris, asked in a forum at the California Democratic Party convention over the weekend if she was listening to the hearings, responded, “not so much.”

“I’ve been in Iowa,” she explained.

It’s not that they don’t have strong opinions on the matter. When asked, the candidates nearly unanimously offer full-throated support to the impeachment effort. Rather, the turn away from impeachment reflects a simple calculus. For all the politicization of the issue, it’s of limited utility as a battering ram in a primary where most everyone — including the grassroots, party leaders and the candidates — is in agreement on the impropriety of the president’s actions.

“People in this election want to hear about the future,” said Tom Steyer, the billionaire environmentalist who spent the run-up to his presidential campaign on his own push for impeachment. “Impeachment’s going on, it has to go on, I obviously believe it should go on. But I think that in effect, what candidates should be talking about is what happens after January 2021.”

The gulf between House Democrats’ effort to impeach Trump and the ongoing primary campaign fell more fully into view in recent days, as hearings picked up in the House. Those hearings are scheduled to continue this week, while Democratic presidential candidates are preparing for a Wednesday debate in Georgia.

Last week, one day after Deval Patrick entered the contest, the former Massachusetts governor was interviewed on MSNBC on a split screen with a live shot of the impeachment hearing room, though he was not asked about — and did not mention — the proceedings.

“This is a sober moment,” Patrick told POLITICO on Sunday, when asked about the disconnect between impeachment and the campaign.

Patrick, standing in a Bellagio corridor writing on a hotel notepad the speech he would give later that night, said, “I think the right thing to do is what the House is doing now, which is a fulsome public airing of the facts … That’s a sober thing. That’s not a thing to celebrate or campaign around.”

Tactically, an adviser to one presidential candidate said, “It’s been going on so long, people have moved past it.” An adviser to another candidate described impeachment as an issue that no contender could effectively use to separate themselves from the rest of the field.

A large portion of the field is about to get dragged into the maelstrom whether they like it or not. The six senators in the primary field are preparing to become fully engaged in the impeachment process as jurors in a likely Senate trial early next year. And former Vice President Joe Biden is inescapably tied to the proceedings, in which the House is weighing whether President Donald Trump abused his power by pressuring Ukraine to investigate Biden’s family in exchange for military aid. Republican Sen. Rand Paul has urged Congress to call Biden’s son Hunter as a witness.

But at the moment, it is not a subject candidates dwell on or often volunteer. When they do, it is most often employed only briefly — as a pivot to other elements of their campaigns.

“We don’t win races as Democrats when we run races about simply what we’re against."

At an event before the Las Vegas dinner on Sunday, Sen. Bernie Sanders said Trump “will be impeached, and he should be impeached.” But he quickly added that his own campaign is about “more than just defeating” the Republican president.

That night, Sen. Cory Booker explained he was not running because of “one man” or his “moral vandalism.”

“We don’t win races as Democrats when we run races about simply what we’re against,” he said.

Biden chose to amplify his appeal to electability in a state where he continues to poll well, saying Trump is “not going to be that easy to beat.”

For Democratic activists, impeachment continues to represent the reddest of red meat. When House Intelligence Chairman Adam Schiff of California spoke at the Democratic Party convention in his home state on Saturday, the crowd cheered so wildly it appeared to take even Schiff by surprise. Los Angeles Mayor Eric Garcetti enlivened a crowd by praising Speaker Nancy Pelosi for calling “a bribe a bribe,” a reference to Pelosi’s blunt description of Trump’s interactions with Ukraine.

And in Las Vegas on Sunday, Rep. Dina Titus drew cheers when she told a packed hall, “I’d like to impeach the bastard right now.”

But the candidates themselves largely steered clear of the subject, reflecting a widespread opinion that, in the 2018 midterm elections at least, impeachment was viewed as a far less effective message for Democrats than health care, immigration and climate change, among other issues.

“There’s no compelling rationale for the Democrats running for president to be out on the trail featuring impeachment,” said Garry South, a Democratic strategist in California, where most of the major candidates were campaigning last week. “Democrats won the House in ’18 not yapping about impeachment.”

More than 60 percent of voters say there is no chance they could change their minds about impeachment, according to a POLITICO/Morning Consult poll last week, with another 19 percent saying there is only a small chance.

For the purposes of a general election, said a Democratic strategist who manages House and Senate campaigns, most presidential candidates “have the generic ability to read a poll and know that the key voters hate Washington D.C. Approve of inquiries or not, there’s nothing more swamp-like Beltway than impeachment.”

Jeremy B. White contributed to this report.