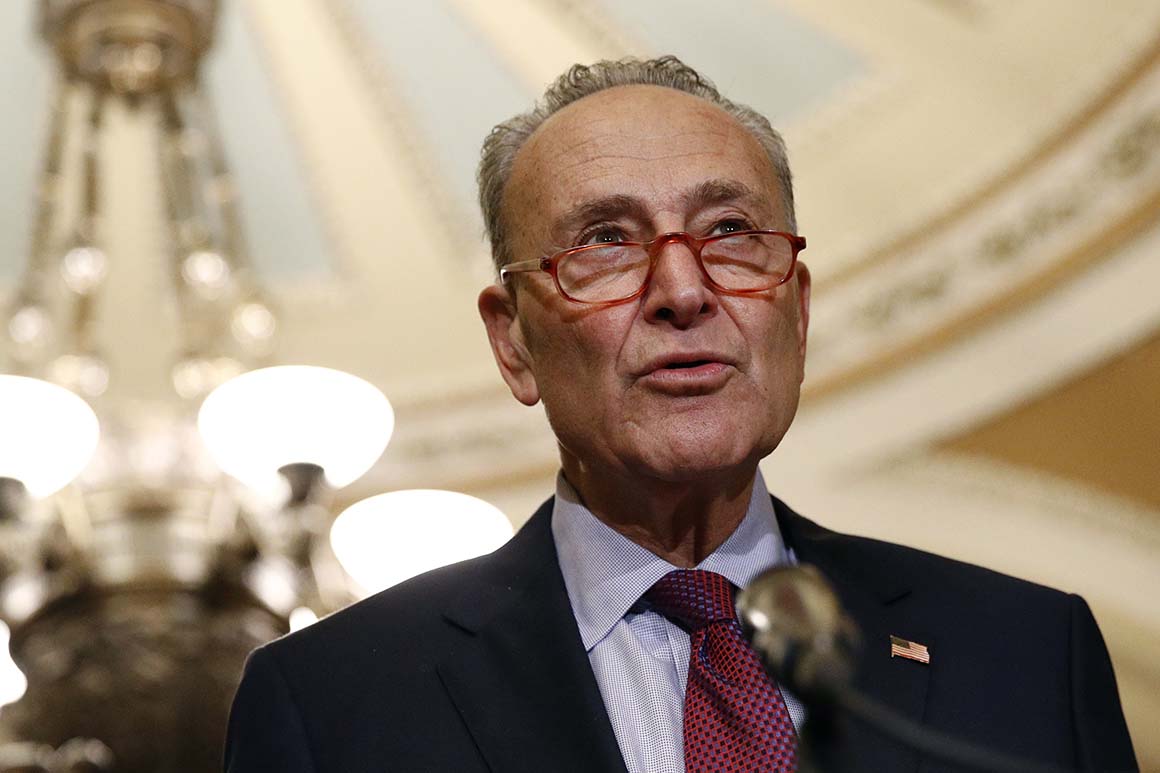 If you think President Donald Trump’s impeachment is messy now, just wait until next year.

The Senate is increasingly likely to hold Trump’s trial in January at the earliest, according to senators and aides, a reflection of Speaker Nancy Pelosi’s uncertain timeline in the House and the dismal prospects for finishing an impeachment trial in December.

And pushing the trial into 2020 will bring uncertain fallout for both parties, only heightening the intrigue of what will already be historic proceedings on the second floor of the Capitol.

A half-dozen Democratic senators running for president will be anchored in Washington at the climax of early state campaigning, further marrying Democratic primary politics to the effort to oust President Donald Trump. These senators will need to find ways to break through both nationally and in Iowa and New Hampshire, but rather than house parties and cattle calls, impeachment will now be the forum — not an easy task.

Republicans are rejoicing at the prospect of the trial disrupting the Democrats’ presidential primary. Sen. Joni Ernst (R-Iowa) literally danced a jig while singing: “Pete Buttigieg, is moving ahead!”

“It would be horrible,” Ernst deadpanned on Monday. “Warren and Bernie Sanders will be here right before the Iowa Caucuses. [Iowans] expect to reach out and shake their hands. And they will be here sitting at their desks. I feel so badly for them.”

Meanwhile, Republican senators will be in the opening of their own primary season for their reelection campaigns, where special attention will be placed on their fealty to Trump and any whiff of independence during the trial.

Majority Leader Mitch McConnell and Minority Leader Chuck Schumer will also be tested in new ways, as the two leaders battle to not only help their party take the White House, but over who will control the Senate majority in 2021.

Much is uncertain, and out of the Senate’s direct control. No one drew up an impeachment inquiry with plans for a Senate trial to take place in January of 2020, and there’s no blueprint from past trials to draw from considering none happened in the heat of a campaign.

"We have to just kind of go with the flow at this point. The House is doing an excellent job. We want to be thorough. It will take whatever time it takes,” said Sen. Debbie Stabenow (D-Mich.), a member of Democratic leadership. “We’ll see how open Mitch is. Mitch and Chuck have to, at some level, negotiate a process.”

“Nobody knows how any of these work out when they start them. I know the House intended to be done much quicker than they’re going to be done,” said Sen. Roy Blunt (R-Mo.), a member of GOP leadership. “I’m sure Democratic presidential candidates didn’t expect to be here in January in a trial. I think voters will wonder why you do this in an election year.”

Speaker Nancy Pelosi on Sunday would give no timetable for the House to complete its work. Public testimony will continue this week followed by a Thanksgiving recess and a return to action in December. Previously, McConnell foresaw a December trial, but the House’s pace has scuttled that notion.

Now veteran legislators are beginning to suss out the timing of Senate trial, taking cues from President Bill Clinton’s impeachment 21 years ago. Back then, the House passed articles of impeachment on Dec. 19; the Senate agreed to postpone the trial until January. Such a replay is likely, senators say.

“It looks to me like the House is going to be on this until Christmas, then it comes over to the Senate. It displaces all other business,” McConnell told reporters in Louisville, according to audio from the event. “I don’t know how long senators will want to continue the trial but I’m pretty confident that in the end impeachment will not lead to ouster.”

McConnell said he “can’t imagine a scenario under which President Trump would be removed from office,” though the Kentucky Republican emphasized that he was uncertain about the length of the trial. The longer a trial goes, the more it could affect the Democratic presidential primary as votes are held in more early states like New Hampshire, Nevada and South Carolina.

Whether Warren, Sanders or Sens. Michael Bennet of Colorado, Kamala Harris of California, Amy Klobuchar of Minnesota and Cory Booker of New Jersey are all still running two months from now is unknown. But at the moment, all of them are projected to be quietly sitting at their desks during crunch time in Iowa.

“It’s what they signed up for. They have certain advantages of being incumbent senators. There’s certain disadvantages,” said Sen. Ben Cardin (D-Md.). “It’s a factor. But I think the fact that they’re a United States senator should help their campaign also.”

Still, the schedule and the near-certain intersection of the campaign and impeachment will force candidates to think outside the box.

Senate rules say the chamber must be in session six days a week during a trial unless the leaders write a resolution changing the schedule. Senators also aren’t allowed to speak in the chamber during the proceedings.

Schumer has been keeping in regular contact with the 2020 candidates. A spokesman for Schumer said there are “no plans for special accommodations” for those senators, “nor has anyone asked.”

The timing of the trial will also highlight the importance of how Republicans respond.

Sen. Thom Tillis’ (R-N.C.) Senate primary is in March, and the trial will offer him an opportunity to defend the president against his opponent Garland Tucker’s attacks. The Maine filing deadline is also in March, which is sure to increase interest in how moderate incumbent Sen. Susan Collins (R-Maine) handles the impeachment trial and whether she receives a challenge from the right.

And Congress’ to-do list is only growing more hectic, with lawmakers preparing to fund the government through Dec. 20 this week. Congress will then have December to try to complete all of the spending bills for this year before the Senate is paralyzed by the trial.

Sen. Joe Manchin (D-W.Va.) joked that the attitude toward Trump at a January trial “depends on if he screws up Christmas or New Year’s” by “playing games” with government funding.

And the president’s new North American trade deal may need to be passed before January, too, if it’s going to be enacted. Because when it comes to legislation, an impeachment trial looks like a dead end.

The beginning of the year, said Sen. John Cornyn (R-Texas), “will be nonproductive.”