What to expect from Google's gaming platform Stadia 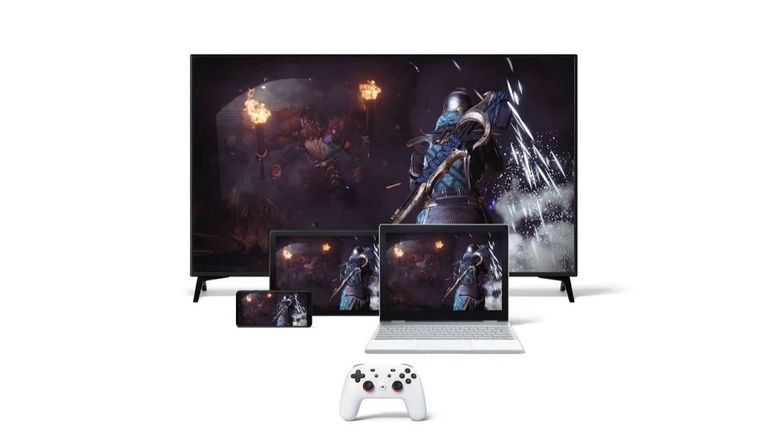 What to expect from Google's gaming platform Stadia

Google's gaming platform Stadia is launching on Tuesday. If it works as advertised it could herald one of the most profound changes the computer gaming industry has ever experienced.

At the moment the industry is based on gamers having very powerful computers, often sold as bespoke gaming consoles.

The pitch for Stadia is that people will no longer need powerful computers or dedicated consoles to play high-end games - Google has the hardware required to run them remotely, and they are then streamed to any screen capable of running the Chrome web browser.

The platform will be launched on Tuesday at a monthly subscription rate of £8.99 across 14 countries, including the US, UK and Canada.

There will be 22 games available at launch, from Farming Simulator 2019 through to Football Manager 2020, and Red Dead Redemption 2, with future anticipated titles including Cyberpunk 2020.

Google's goal is to deliver a gaming experience which equals the market best: games with 4k resolution, 60 frames per second, HDR imaging and 5.1 surround sound.

But the room for failure is enormous. Performing the computation remotely introduces significant technical challenges which gamers are particularly sensitive to, especially latency.

Latency - the delay between a player pressing a button and that action being carried out in the game - is a critical for online games when reaction speed is a factor.

Google is clearly aware of this concern. Its vice president of engineering Madj Bakar has claimed that Stadia games could perform even more quickly than those being run on a console.

Although the company hasn't explained how this will happen, speculation ranges from Stadia using an increased number of frames per second as well as predicting what players will do to process their instructions in advance.

Some of this is outside of Google's control. Internet speeds will vary for users, and data allowances might be prohibitive for players wanting to stream to Pixel phones. The requirement for internet access might also frustrate players in residences with limited bandwidth.

And some of those problems are under Google's control, but it could be underappreciating the demands it is about to place on these committed data centres.

Bruce Grove, the chief executive and co-founder of Polystream - and formerly the head of engineering at OnLive, a company which previously attempted to develop a cloud-based gaming service before it was acquired by Sony - broke down the figures for Sky News.

"Google suggests that it will have a potential customer base of hundreds of millions from day one across North America and Western Europe - but how many of those can play or access the service at the same time?

"For example, all 1.5 million Nintendo players at the launch of the Switch could play instantly, whereas we don't know how many players can do that with Stadia.

"We know that if cloud gaming solutions continue to only offer to replace your console, (we know) that it means putting a GPU in the cloud per player, and that's really expensive.

"In fact that number of GPUs - Graphics Processing Units - in the cloud simply doesn't exist.

"Stadia may have bigger pockets to fund this than OnLive ever did (which a decade ago was a £1.5 billion unicorn and we still couldn't make it scale), but the infrastructure we need simply isn't there yet and is going to be at least another five years in the making."