Battle of the billionaires? Ex-New York mayor set to run for president 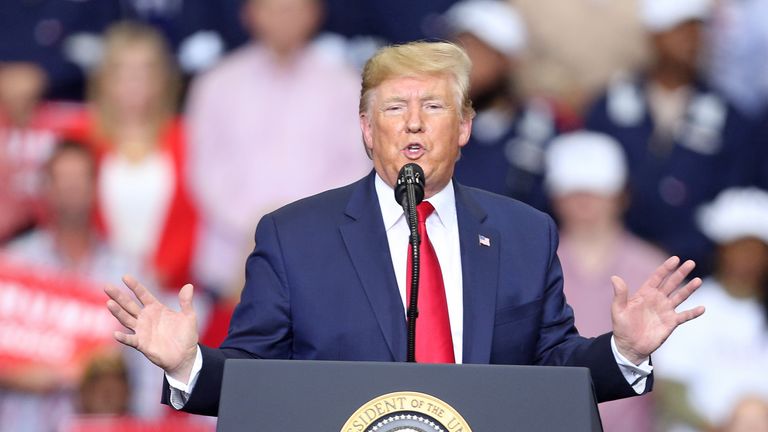 Battle of the billionaires? Ex-New York mayor set to run for president

Former New York City mayor Michael Bloomberg is expected to announce he is running for US president today.

After saying in March he would not run, the multi-billionaire businessman is thought likely to file paperwork by the Friday deadline to run in the Democratic presidential primary in Alabama.

He has not yet confirmed his decision, but has previously warned the current field of candidates is ill-equipped to defeat Donald Trump.

He has spent the past few weeks talking to top Democrats about the 2020 candidates, expressing concerns about former vice president Joe Biden's campaign as well as liberal Massachusetts senator Elizabeth Warren, according to insiders.

Mr Bloomberg's adviser, Howard Wolfson, said on Thursday that the former mayor believes Mr Trump "represents an unprecedented threat to our nation" and must be defeated.

"But Mike is increasingly concerned that the current field of candidates is not well positioned to do that," he added.

The Democratic race is entering a crucial phase, with Mr Biden's front-runner status being challenged by Elizabeth Warren and Vermont senator Bernie Sanders.

However, there are concerns they are too liberal to defeat Mr Trump.

Senator Warren poked fun at Mr Bloomberg, who is America's ninth-richest person, saying he should look at her "calculator for the billionaires" if he wants any policy ideas.

Attaching a link to the calculator, she tweeted: "Welcome to the race Mike Bloomberg!

"If you're looking for policy plans that will make a huge difference for working people and which are very popular, start here."

Mr Bloomberg has flirted with both sides of the political divide, switching from the Democratic Party to the Republicans to run for New York City Mayor in 2001.

He won a second term in 2005 and left the Republican Party two years later before being re-elected a third time as an independent on the Republican ballot line.

In 2016, he endorsed Democratic nominee Hillary Clinton for president and announced in 2018 he had switched back to the Democrats after a 17-year hiatus.

Mr Bloomberg has been highly critical of Mr Trump, calling him a con artist who has oversold his business successes.

His Democratic allegiance has been illustrated by his support for gun control campaigns and climate change initiatives - with both his words and his money.

But his three terms as mayor could cause problems.

His strong defence of New York Police Department's use of stop-and-search has been criticised as targeting African Americans and Hispanic Americans.

As a late candidate, Mr Bloomberg would also have to move quickly to get on the ballot in many of the primary states where deadlines are looming.

In Arkansas, a Democratic Party spokesman said a person representing a "mystery candidate" called to ask about requirements to join the ballot, and said the candidate would have "no problem" paying the $2,500 (£1,950) fee.