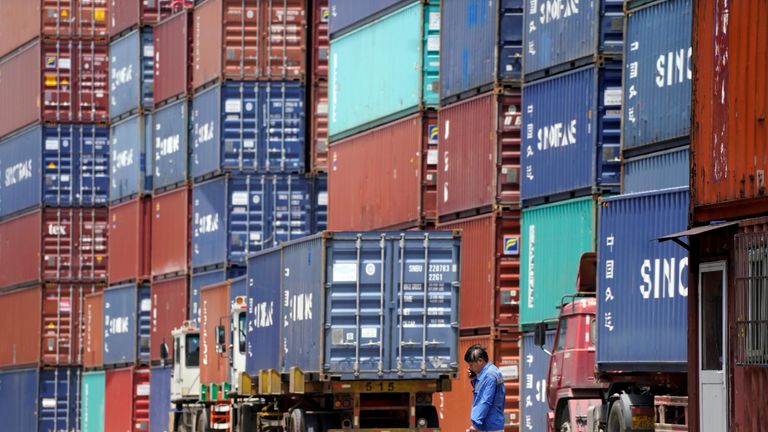 The US and China have agreed to remove some tariffs on each other's goods as part of the first phase of a trade deal, according to officials from both sides.

The decision could go some way to ease ongoing tensions between the world's largest economic giants, whose months-long trade war has hit the countries' economies and has also had a global impact.

The Chinese commerce ministry said the two nations had agreed to cancel the tariffs in phases, but gave no timetable.

The interim trade pact was expected to include a US pledge to scrap tariffs scheduled for 15 December on some $156bn (£120bn) worth of Chinese imports, including mobile phones, laptop computers and toys.

But the move is understood to be facing opposition from many of Mr Trump's advisers within and outside of the White House and his re-election campaign.

Chinese Commerce Ministry spokesman Gao Feng said at a press conference in Beijing: "Tariff cancellation was an important condition for any agreement," adding that both countries would have to simultaneously cancel some tariffs on each other's goods in order to activate the phase one pact.

"The trade war started with tariffs, and should end with the cancellation of tariffs."

"In the past two weeks, the lead negotiators from both sides have had serious and constructive discussions on resolving various core concerns appropriately," Mr Gao said.

"Both sides have agreed to cancel additional tariffs in different phases, as both sides make progress in their negotiations," Mr Gao added.

An unnamed US official said the planned tariff halt was part of a "phase one" trade agreement that President Donald Trump and President Xi Jinping are aiming to sign before the end of the year.

The US Treasury department declined to comment on the decision and the US Trade Representative's office did not respond to a request for comment.