Celtic fan in hospital after being stabbed in Rome 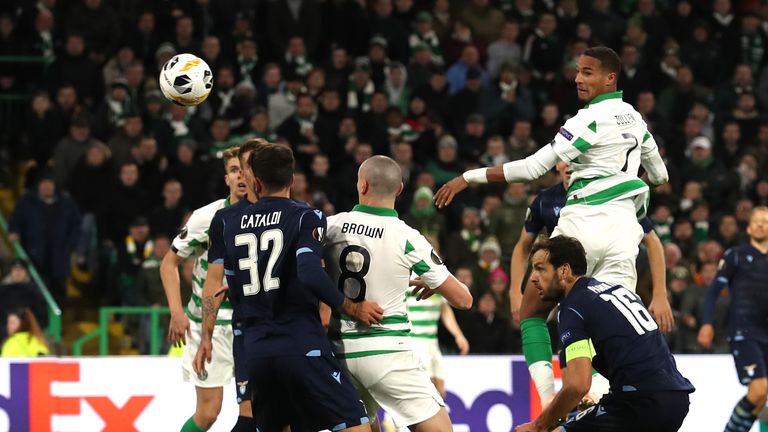 Celtic fan in hospital after being stabbed in Rome

Two Celtic fans have been stabbed outside a pub in Rome, ahead of the club's game against Lazio in the Italian capital on Thursday night.

The incident happened on Wednesday night outside Flann O'Brien's Irish pub in Rome.

Italian police have said that one of the pair remains in hospital, while another has been discharged.

Police added that five Lazio fans and two Celtic fans were arrested on Wednesday evening, however it is not known whether the arrests are linked to the same incident.

An earlier statement from Celtic said: "We can confirm that two fans have been injured after being stabbed last night.

"Both are now in hospital and will receive every support from the club and the British consulate in Rome.

"Again we would strongly advise supporters to closely follow all guidance issued by the club."

A fan from Kilmarnock who saw the attack, known as Dennis, said: "We were just in the pub maybe the back of 11 last night and then maybe 15 or 20 Lazio fans, well I'm assuming Lazio fans, turned up with their masks on.

"They pen-knifed a guy, they stabbed a guy in the leg, now this man's 53 or 55 years old, I'm led to believe, so that shows how cowardly they are, they're targeting, without being disrespectful, they're targeting the older generation.

"The staff were brilliant, they pulled the shutters down, the police appeared within about five, six, seven minutes, and that was it."

The Scottish club has previously issued advice to fans to keep them safe, after there were tensions between Celtic and Lazio in Glasgow last month.

The advice told fans not to wear their football tops whilst in the Italian capital and to stay in large groups and keep a low profile.

The club said: "There will be a prominent police presence throughout the city on the day prior to the match and on match day. Fans are advised to always follow the advice of police at all times."

Both teams were charged by Union of European Football Associations (UEFA) after "illicit" chants were heard during a match between them on 24 October.

The Glasgow club were also charged over an "illicit" banner that was displayed during the game, which they ended up winning 2-1.