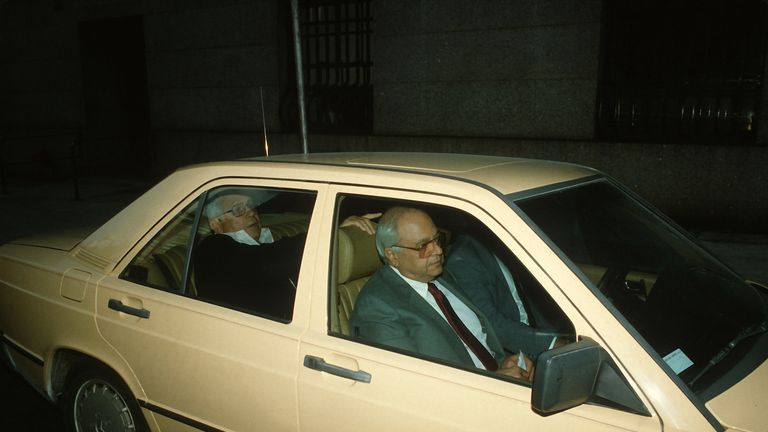 The man known as "mafia cop", who carried out mob hits while he was working for the New York Police Department (NYPD), has died in prison.

Louis Eppolito, along with his partner Stephen Caracappa, carried out at least eight contract killings for a New York crime family in the 1980s and 90s, and was caught when the mob under-boss turned informant and confessed to police to avoid a long jail sentence.

Eppolito was sentenced to life in prison in 2006 when he was found guilty of murder, among other charges, after being arrested a year earlier.

He was in prison in Tucson, Arizona, when he died at the weekend. He was 71.

He had held senior roles within in the NYPD and at one point was stripped of his detective title after the force became suspicious about mob activity - but he was later reinstated after a court found him not guilty.

Eppolito's death was confirmed by his wife, who told the New York Post: "Louis died in a hospital with dignity and caring people around him."

His daughter wrote about her father's death on Facebook, saying: "My father, Louis John Eppolito, died peacefully in his sleep at 9:03 pm.

"He died like he lived, on his own terms, as a fighter. And I will miss him and love him forever."

His cause of death is unknown.

Eppolito was working for the Lucchese family and was being paid a monthly salary by the mob in exchange for intelligence information that he held due to his position in the New York Police Department.

Alongside his partner, prosecutors said he had been involved in murders, kidnaps and racketeering during their crime spree.

In one instance, the pair had tracked the licence plate of an Israeli diamond dealer and pulled him over, before driving him to a warehouse in Brooklyn and having him killed.

His remains were buried underneath the warehouse, and were not dug up again until 2005.

Despite his work for the mob alongside his police job, he still found time to play a small role in the 1990 film Goodfellas as Fat Andy. He eventually settled in Las Vegas with his family in an effort to break in to Hollywood.

He later starred in a number of other films, with one as late as 2005 - the year he was arrested.